On May 12, in Reserve Mechanical Corp. v. Commissioner, the United States Court of Appeals for the Tenth Circuit affirmed the Tax Court's decision holding that the taxpayer was not engaged in the insurance business and that the purported insurance premiums it received were therefore taxable.

This was a deficiency case involving accrual method offshore captive ins. corp./taxpayer that was wholly owned by mining business partners' LLC, in which the Tax Court determined that transactions taxpayer executed during years at issue didn't constitute ins. contracts for tax purposes.

According to Law360, in a unanimous, published opinion, the appeals court said it couldn't find any mistakes in the Tax Court's conclusion that Reserve Mechanical Corp. wasn't an insurance company eligible for a tax exemption under Internal Revenue Code Section 501(c)(15). Reserve provides captive insurance, meaning it is closely related to the business for which it was providing insurance.

Reserve had the same owners as Peak Mechanical Corp., the Idaho-based mining company that it insured, according to the opinion.

But Evidence Indicates That Reserve Failed To
Sufficiently Distribute Risk Through Providing Insurance
To Many Companies, And Adequate Risk Distribution Is Typically Fundamental To Insurance, The Tenth Circuit
Said In Affirming The Tax Court.

"That court's findings and conclusions were supported by overwhelming evidence in the record," the Tenth Circuit said. "No experience, expertise, or studies supported the need for Peak to obtain the policies."The Tax Court in 2018 agreed with determinations from the Internal Revenue Service that Reserve wasn't eligible for the special tax exemption for insurance companies under Section 501(c)(15) and was consequently liable for a 30% tax rate on certain U.S.-sourced income, according to filings. The IRS had assessed around $477,000 in taxes against Reserve for 2008 through 2010. 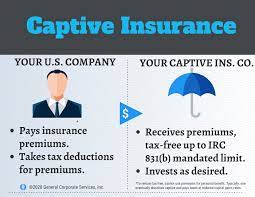 In 2016, the IRS identified microcaptive insurance arrangements, in which companies set up small, in-house insurers that are taxed only on investment income, as transactions of interest with a potential for tax avoidance that must be reported to the agency under the threat of penalties. In its opinion, the Tenth Circuit said it didn't find that "the forms of the transactions involving Reserve are improper.""We hold only that the Tax Court could properly conclude that they were not insurance transactions in substance," the appeals court said, noting it was reviewing the Tax Court decision only for clear error.It was reasonable for the Tax Court to come to that decision based on Reserve's failure to truly distribute risk in a way typical for an insurance company, the Tenth Circuit said.For instance, a reinsurance arrangement that Reserve entered into with a different company failed to create significant risk for Reserve, the Tenth Circuit said. And the business didn't end up receiving at least 30% of premiums from unrelated businesses, which was a self-imposed threshold that Reserve believed would help it count as an insurance company under the tax code, according to the opinion.A different coinsurance arrangement likewise didn't create enough risk for Reserve for it to constitute a company doing business in insurance, according to the court, which said there's "certainly substantial evidence suggesting that Reserve incurred very little risk" from the arrangement, the opinion said.

Notably, there was no effective risk distribution either in respect to direct written policies for related entities or in respect to “quota share” reins. arrangements, which involved such things as circular funds flow and premiums not negotiated at arm's length, with another offshore co./stop loss insurer that was controlled by same entity that helped form taxpayer and was ultimately found not to be bona fide ins. co.

Similarly, “ins. in commonly accepted sense” test wasn't met when considering above and other evidence showing that, although taxpayer obtained ins. license and adhered to some formalities, it wasn't operated as bona fide ins. co. itself and there was no legitimate business purpose for stated policies.