According to Law360, A comprehensive overhaul of the international corporate tax system was finalized on October 8, 2021 by 136 jurisdictions, including the United States, who agreed to a global 15% minimum tax rate and rules that would rewrite how the profits of large multinational businesses are allocated among jurisdictions. 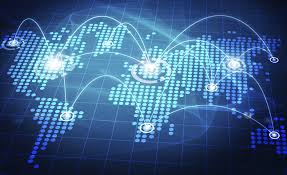 The Landmark Deal Will Ensure That Multinational Corporations With Annual Revenue Above
€750 Million ($867 Million)
Will Be Subject To A
Minimum 15% Tax Rate
Starting In 2023.

The global pact will also reallocate earnings from about 100 of the world's largest and most profitable companies to countries worldwide, "ensuring that these firms pay a fair share of tax wherever they operate and generate profits," the OECD said.

U.S. Treasury Secretary Janet Yellen On Described The Agreement As "A Once-In-A-Generation Accomplishment" Where Virtually The Entire Global Economy Has Decided To End The Race To The Bottom To Lower Corporate Tax Rates. 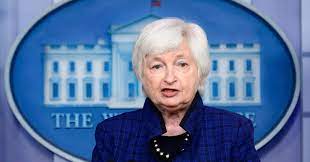 Discussions appeared close to the finish line when Ireland, which had previously signaled commitment to its 12.5% rate, on October 7, 2021 agreed to the global pact after successfully lobbying for the term "at least" to be removed from the 15% minimum rate language. Two other holdout countries, Estonia and Hungary, also recently signed on to the agreement, including the minimum rate — a measure that will see countries collect around $150 billion in new revenues annually, according to the OECD.

Sri Lanka, Kenya, Pakistan and Nigeria have declined to endorse the deal, according to the OECD. (The next tax havens? -Not very safe.)

The Global Tax Pact Will Also Create New Taxing Rights Where A Portion Of Large Companies' Earnings Will Be Reallocated
To Market Jurisdictions Where Businesses Have Customers
But Not A Physical Presence.

Specifically, the rules will apply to multinational corporations with global sales above €20 billion and profitability above a 10% ma a baby with the rgin companies that "can be considered as the winners of globalization," according to the OECD.For companies that fall within this scope, 25% of profit above the 10% threshold will be reallocated to market jurisdictions, according to the OECD, which said the new rules will reallocate more than $125 billion in total profits.The OECD also outlined the implementation process for the profit allocation rules and global minimum tax, called Pillars One and Two of its overhaul, including a multilateral treaty that will be used to implement Pillar One's new taxing rights. Countries are aiming to have the treaty implemented in 2023, when domestic legislation for Pillar Two is also planned to be effective, according to the OECD.The global agreement also entails "the standstill and removal" of digital services taxes, according to the OECD. Several countries had pursued unilateral measures in the absence of global rules, prompting trade tensions with the U.S. government, which argued the taxes unfairly targeted American tech companies.The deal has drawn criticism from some advocacy groups, which have contended that neither the minimum rate nor the profit allocation rules go far enough. Oxfam's Tax Policy Lead Susana Ruiz said in a statement Friday said the 15% minimum rate has "practically no teeth" after the last-minute addition of a 10-year grace period for full implementation of the measure.As for the profit allocation agreement, Alex Cobham, chief executive at the Tax Justice Network, said in a statement Friday that new rules are "a tokenistic measure" that affects "only a sliver of the profits of just 100 multinationals."Negotiations began at the OECD four years ago to address concerns that large multinational corporations were shifting income from where it was generated to low-tax jurisdictions. The OECD also took on the task of retooling a century-old international tax system, which the organization said fails to fairly allocate taxing rights now that many companies can earn substantial profits in a country without needing a physical presence.Ursula von der Leyen, president of the European Commission, said Friday that the agreement's details will be finalized later this month during the summit of the Group of 20 industrial and emerging-market nations.