According to the DoJ, an indictment was unsealed in New York, that charges  offshore financial service executives and a Swiss financial services company with conspiracy to defraud the IRS by helping three large-value U.S. taxpayer-clients conceal more than $60 million in income and assets held in undeclared, offshore bank accounts and to evade U.S. income taxes.

In order to assist those clients, the defendants and others allegedly devised and used a scheme called the “Singapore Solution” to conceal the bank accounts of the U.S.-based clients, their assets, and their income from U.S. authorities. In furtherance of the scheme, the defendants and others allegedly conspired to transfer more than $60 million from undeclared IHAG bank accounts of the three U.S. clients through a series of nominee bank accounts in Hong Kong and other locations before returning the funds to newly opened accounts at IHAG, ostensibly held in the name of a Singapore-based asset manager. The U.S. clients allegedly paid large fees to IHAG and others to help them conceal their funds and assets.

“Taxpayers Contemplating Hiding Money Abroad And The Foreign Bankers, Attorneys And Finance Professionals Who Design And Execute Strategies To Assist Their Evasion; 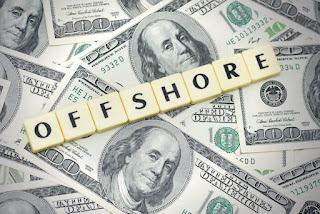 Should Know That The Tax Division And IRS Have The
Investigative Resources And Expertise To
Unravel Even The Most Elaborate Schemes.”

“As alleged, the individual defendants and the Swiss firm Allied Finance conspired to defraud the IRS by assisting U.S. taxpayers in avoiding their tax obligations,” said U.S. Attorney Audrey Strauss for the Southern District of New York. “They allegedly did this through an elaborate scheme that involved concealing customer assets at a Swiss private bank through nominee bank accounts in Hong Kong and elsewhere, with funds returning to the private bank in the name of a Singapore firm. One such U.S. customer, Wayne Chinn, pleaded guilty to his participation in the so-called ‘Singapore Solution,’ forfeited more than $2 million to the United States, and awaits sentencing for his admitted crime.”

If convicted, the defendants face a maximum penalty of five (5) years in prison, supervised release, and monetary penalties, and the corporate defendant faces monetary penalties. An indictment is merely an allegation and all defendants are presumed innocent until proven guilty beyond a reasonable doubt in a court of law.

Also unsealed was the guilty plea of Wayne Franklyn Chinn, of Vietnam and San Francisco, California, one of the U.S. taxpayer-clients, who participated in the Singapore Solution scheme.

Chinn pleaded guilty to one count of tax evasion which carries a maximum penalty of five (5) years in prison. Chinn also consented to the civil forfeiture of 83% of the funds held in five accounts at two Singapore banks, which resulted in the successful forfeiture and repatriation to the United States of approximately $2.2 million. The civil forfeiture proceeding is United States of America v. Certain Funds on Deposit in Various Accounts, 20 Civ. 3397 (LJL).

Chinn is scheduled to be sentenced on Nov. 19, and faces a maximum penalty of five (5) years in prison. He also faces a period of supervised release, restitution and monetary penalties. A federal district court judge will determine any sentence after considering the U.S. Sentencing Guidelines and other statutory factors.