The IRS Has Stepped Up Examinations of These Arrangements And Has Recently Won Yet Another Case In U.S. Tax Court
That Such Arrangements Are Not Eligible
For The Tax Benefits Claimed.

On March 10, 2021, the U.S. Tax Court held in Caylor Land & Dev. v. Commissioner, T.C. Memo. 2021-30 (2021), that yet another micro-captive arrangement failed to qualify as insurance for federal tax purposes. This decision follows several earlier Tax Court decisions that also confirmed the IRS’s determinations that certain micro-captive arrangements were not eligible for the claimed federal tax benefits. In Caylor, the Tax Court also sustained the IRS’s determination of accuracy-related penalties and rejected the taxpayer’s claim of reliance on tax advice.

“In multiple cases before the courts, judges have held that these ‘fanciful’ and ‘unreasonable’ arrangements don’t add up to insurance in the commonly accepted sense,” said IRS Commissioner Chuck Rettig. “I strongly urge participants in these arrangements to get independent legal advice separate from those who helped steer them into these abusive arrangements.”. 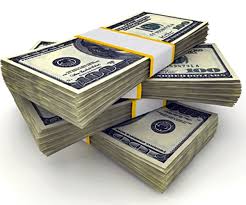