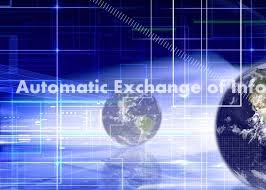 The US and Argentina have said they will begin to exchange, on an annual basis, country-by-country reports (CbC Reports) that each country receives regarding multinational enterprise groups (MNE Groups). The countries intend to first exchange CbC reports that they received regarding MNE Group fiscal years beginning on or after January 1, 2018. According to the IRS, the reports will help the governments assess high-level transfer pricing risks and other base erosion and profit shifting risks.

Certain US persons that are the ultimate parent entity of an MNE Group must produce CbC Reports on an annual basis. The CbC Report is submitted to the IRS on Form 8975, Country-by-Country Report. (Reg §1.6038-4(a)) A US person that must produce a CbC Report is hereinafter referred to as a Reporting Entity.

In an arrangement, that was signed and became operative on January 27, 2021, the US and Argentina say that the Competent Authority of each country intends to exchange with the other Competent Authority annually, on an automatic basis, the CbC Reports received from each Reporting Entity that is resident for tax purposes in that Competent Authority's jurisdiction.

The arrangement says that CbC Reports are first intended to be exchanged with respect to fiscal years of MNE Groups commencing on or after January 1, 2018.

Have an International or IRS Tax Problem?