According to Procedurally Taxing, in the case of In re Bowman, No. 20-11512 (E.D. La. 2021) the Bankruptcy Court determined that it has jurisdiction to Hear Innocent Spouse Cases. The court denied the debtor’s motion for summary judgement that Ms. Bowman deserves innocent spouse relief.

The court addresses the issue of its jurisdiction at the outset of the opinion.  It first cites 28 U.S.C. § 1334 and the Order of Reference from the district court before stating that this is a core proceeding.  This part of the opinion addresses the basic issue of bankruptcy courts’ jurisdiction in all issues, stemming from the litigation in the Marathon Oil case from 40 years ago (challenging the basic authority of bankruptcy courts under the then-newly-created bankruptcy code).

Moving past the bankruptcy court’s basic basis for jurisdiction, the court hones in on its ability to hear an innocent spouse case.  It first states:

Although it is true that “Section 6015(f) does not allow a bankruptcy court to exercise initial subject matter jurisdiction over an innocent spouse defense because only the Secretary [of the IRS] receives the equitable power to grant innocent spouse relief under that Section,” here, it is undisputed that the Debtor sought such relief from the Secretary in July 2019 and the Secretary denied the request.

This aspect of jurisdiction would apply to any court hearing an innocent spouse case.  In essence, the statute requires a taxpayer claiming this relief to exhaust their administrative remedies before seeking to have a court determine relief.

Next, the court turns to its specific ability to hear an innocent spouse case and cites heavily from an earlier case from Texas: 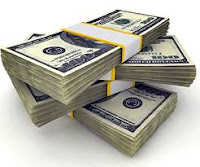 Because it determines that the tax liability directly impacts the administration of the bankruptcy case and because the IRS has filed a proof of claim seeking to have Ms. Bowman pay the liability for which she seeks relief, the court finds that it has jurisdiction while also noting that the IRS has not objected to its jurisdiction.