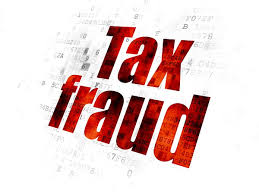 According to DoJ, on October 14, 2020, a Federal Grand Jury in the District of Puerto Rico returned an indictment charging Gabriel F. Hernández, with ten counts of wire fraud, in violation of Title 18, United States Code, Section 1343.  The indictment was unsealed after the arrest of the defendant by federal law enforcement officers from IRS-CI.

“As I have said in the past, persons who are involved in committing fraud are encouraged to come forward to authorities – that includes individuals that are fraudulently using Puerto Rico’s tax laws to evade federal taxes,” said U.S. Attorney Muldrow.

“This Case Should Also Serve As A Warning To Anyone Considering Seeking To Evade Taxes By Illegally Exploiting Federal And Puerto Rico Tax Laws.”

“Federal and Puerto Rican tax laws have been put in place to invigorate the economy and provide financial relief to Puerto Rico.  IRS Criminal Investigation will vigorously pursue any individuals and professionals that fraudulently enrich themselves by abusing government tax incentive programs,” said Tyler R. Hatcher, Special Agent in Charge of the IRS-CI Miami Field Office.

According to allegations in the indictment, Hernández, a CPA who served as Tax Manager and Partner-in-Charge of the Tax Division of a large public accounting, tax, consulting and business advisory firm (BDO), devised a scheme to defraud the Internal Revenue Service of the United States Department of the Treasury. The scheme involved the submission of false information to the government of Puerto Rico in an attempt to fraudulently provide Company A with federal tax relief via the provisions of Act 20.

Act 20, also known as the Export Services Act, offers tax incentives for Puerto Rican companies to export services to other jurisdictions. The tax benefits on income derived from customers outside Puerto Rico in relation to services rendered from Puerto Rico included a fixed income tax rate of 4% for eligible export services, a 100% tax-exemption on dividends from earning and profits, and a 60% tax-exemption on local municipal taxes. 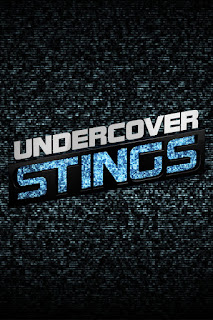 In December 2018, Hernández formed Company A under Puerto Rico law for an undercover special agent of the IRS-CI posing  as a wealthy United States taxpayer from Arizona.

In December 2019, Hernández caused to be prepared and filed a fraudulent tax-exemption application with the Office of Industrial Development and fraudulently obtained Act 20 tax exemption status
for Company A.

In December 2019, Hernández also determined that Company A would report $500,000 in business earned income in Puerto Rico, which would reduce Company A’s federal taxes. Then in July 2020, Hernández caused a Puerto Rico corporate tax return for Company to be prepared and filed with the Puerto Rico Department of Treasury (Hacienda), falsely claiming that $500,000 was earned in Puerto Rico by Company A.

Hernández also caused the preparation and filing of false 2020-2021 Business Volume Declarations with the Municipality of San Juan based on the false earnings. The defendant unjustly enriched himself and others by receiving fees in exchange for these false and fraudulent acts.

The indictment further alleges that, as part of the scheme, the defendant defrauded the IRS, and unlawfully evaded the assessment and payment of taxes, by engaging in financial transactions devoid of any economic substance (sham transactions).

The Transactions Were Intended to Create The Illusion of A Consulting Business Earning Income From Services Performed Within Puerto Rico, Rather Than Within
The Mainland United States.

If found guilty, the defendant faces a maximum statutory sentence of up to 20 years in prison and a fine up to $250,000 for charges relating to wire fraud.

Want REAL Advice on How to Qualify For
Puerto Rico Benefit Tax Benefits Under Act 20 and Act 22? 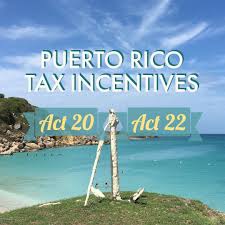 for a FREE Tax Consultation