According to Procedurally Taxing, in Golden v. United States (In re Golden), Bankr. E.D. Cal. Adv. Proc. No. 21‑2012, Docket No. 60 (Golden), the taxpayer‑debtors Nicole Golden and Stephen Alter (the Taxpayers) argued successfully that their return was an honest and reasonable attempt to satisfy the requirements of the tax law.

The bankruptcy court discharged their tax obligation even though the Taxpayers had filed their return after the IRS initiated the substitute‑for‑return process, issued a notice of deficiency (NOD), and assessed tax based on the NOD.  (Hereinafter - SFR assessment)

Golden marked only the second time a court using a subjective‑test analysis discharged tax due on a return filed after an SFR assessment (and was not reversed on appeal). 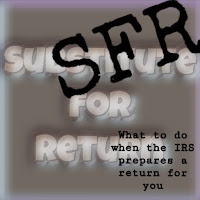 Golden also extended the IRS’ streak of unsuccessfully arguing that the tax due on a document filed after an SFR assessment is per se nondischargeable.

At Golden p.20‑21, the Court explained why it thought the Taxpayers had made an honest and reasonable attempt to comply with the tax law.

Without discussion, the Court rejected the per se rule.  Golden at p.3 (where the government argument is set forth) and p.19 (where the Court makes clear that the Hatton rule applies; the Court looked at the totality of circumstances to determine whether the Taxpayers acted honestly and reasonably in the filing of their return).

Golden will be a tough case for the IRS to win on appeal.  Ninth Circuit case law is clear that a subjective test applies so de novo review is unlikely.  The government will need to prove clear error.  See District Court, Briggs, Sr. at p.4 (burden is on the government to show that the bankruptcy court’s findings were clearly erroneous).  The United States might question, even under a “totality of the circumstances” test, how much weight should be given to actions taken after the document is filed, e.g., completing a Chapter 13 plan.  Regardless, sufficient facts exist to support the Court’s holding.
In Golden, the IRS again argued for a per se rule.  Even though such a rule would make life easier for the IRS, the IRS should put that argument to bed.  It has been singularly unsuccessful. Golden notwithstanding, the IRS still has a de facto per se rule.  It is very difficult for a taxpayer to prove that a document filed after the SFR assessment was an honest and reasonable attempt to comply with the tax law.
One other note, if you represent a client with a non‑filed return and a NOD has been issued and the 90‑day period has not run, strongly consider filing a Tax Court petition.  Section_523(a)(*) of the Bankruptcy Code provides that a return includes “a written stipulation to a judgment or final order entered by a nonbankruptcy tribunal.”  The Tax Court filing and subsequent final order will keep the bankruptcy‑discharge option open, and, perhaps, prevent an expensive discharge litigation.