On May 19, 2022 we posted IRS Audits Have Plummeted in the Last Decade - According to GAO, where we discussed that the GAO published a report on trends in IRS audit rates, audit results, and resources used for audits across individual taxpayer income levels. (GAO-22-104960) and that IRS examining or auditing a decreasing proportion of individual tax returns, concern has been raised over "the potential for declining taxpayer compliance, as well as whether IRS is equitably selecting taxpayers for audit, as audit rates for higher-income taxpayers have decreased more than audit rates for lower-income taxpayers."

Now according to Law360, IRS Commissioner Chuck Rettig said on Thursday, June 23, 2022, that claims the agency audits more poor people than wealthy ones are wrong and harmful to tax administration, renewing his pushback against criticism of the agency's audit rates.

When Audit Rates Of Earned Income Tax Credit Claims
Are Compared Against Those For Taxpayers With Incomes
Over $1 Million, 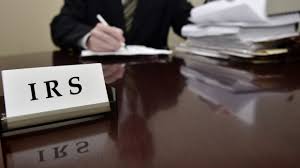 Audit Rates For The Wealthy Are In Fact Higher,

Rettig said during the New York University School of Professional Studies Tax Controversy Forum held in New York City and online. Claims to the contrary are damaging to tax administration, he said.

He also said anyone looking at data objectively and "not with a narrative trying to take down the IRS or tax administration" would see the agency historically audits about 7% to 8% of taxpayers with incomes over $10 million.

Rettig's Comments Follow The IRS Saying In May
That It Audited 5.8% Of Returns Reporting $10 Million
Or More In Income For The 2017 Tax Year,
Compared With 21.5% Of Such Returns For 2010.

The agency said at the time that resource constraints hindered its ability to monitor the wealthy.

The Transactional Records Access Clearinghouse, a data research organization based at Syracuse University, also said in a report that the IRS audits low-income taxpayers five times higher than everyone else based on fiscal year 2021 data.

Rettig Was Asked About That Research During A
House Ways And Means Subcommittee Hearing In
March And Called The Findings Completely False.

The data research organization asked Rettig to retract his statement that the organization's findings were totally false, and said the organization bases its reporting on data the agency provides.  Just as Rettig blasted criticism of the agency's audit rates Thursday, he ripped people who say the agency doesn't need more money.

"Those who say IRS doesn't need additional funding, they have a different agenda," he said. "Their agenda should be for this country."

passed legislation that provided the agency a $675 million increase through September, about $350 million of that will be used for "maintaining current status" for the agency and contracts, he said.

"So we got let's say a $375 million boost, try to take $375 million and fill the holes in a ship that have existed for more than 10 years because there was not adequate funding," he said. "Why do we have trouble providing consistent, significant multiyear flexible funding to the Internal Revenue Service?"