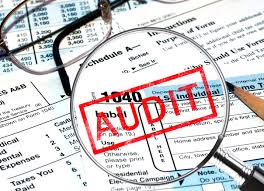 On March 24, 2021 we posted Top 1% Fail To Report a Fifth of Their Income, where we discussed that the IRS underestimated the income that the top 1% of earners fail to report to the agency in its random audit program, finding they fail to report more than 20% of their income, according to a paper released on March 22,2021.

And on April 14, 2021 we posted that The Tax Gap Could Exceed $1 Trillion - IRS Enforcement is The Answer, where we discussed that IRS the Commissioner Chuck Rettig told the Senate Finance Committee that the gap between taxes owed each year and those actually paid could be more than $1 trillion, much larger than the most recent estimate of $441 billion. Rettig said the agency has lost about 17,000 employees in the enforcement area over the last decade.

Included in the Biden Administration’s proposed budget for fiscal 2022 is an additional $1.2 billion in funding to help the IRS ramp up its tax enforcement efforts after more than a decade of spending and staffing cuts.

What this means for taxpayers is a likely increase in IRS audits and heightened scrutiny of tax compliance, especially for corporations and high-net-worth individuals. Whether taxpayers can survive unscathed largely depends on their record-keeping practices and their ability to substantiate their tax positions and claims of income, deductions, and credits.

It is no secret that the U.S. tax code is complex and rife with grey areas that taxpayers may use to their advantage to legally reduce their taxable income and/or tax liabilities. However, it is critical that taxpayers at all income levels ensure the methods they use for purposes of tax efficiency do not cross the line into tax evasion, which is the intentional concealment of income and/or information from the IRS or other taxing authorities. Whereas a simple mistake on your tax return can result in penalties and interest on unpaid amounts, willful tax evasion can lead to substantial fines, penalties, interest and even jail time for taxpayers and their accomplices, which many include employees and/or a spouse.

Generally, the IRS can conduct an audit during the three years subsequent to a taxpayer’s return filing date. If it detects a substantial error, the agency may be able to extend the audit period to six years.

Once selected for an audit, taxpayers’ bear the responsibility to prove the accuracy of their previously filed tax returns, including demonstrated proof of all items of income, deductions and credits. Such support may include bills, dated receipts and cancelled checks or other proof of payments; legal documents, including divorce papers, loan agreements and property settlements; records of employment; documentation of damages from theft or loss, including property appraisals; and Schedule K-1s reporting shareholders’ shares of income, losses, deductions and credits. If taxpayers lack this documentation, the government may use its own methods to reconstruct the taxpayers’ income and expenses.

Furthermore, high net worth individuals should also prepare for the Proposed Estate Tax Increases & Do Their Planning Now.

To prepare for the prospect of a better funded, more aggressive IRS, businesses and taxpayers at the upper income levels should take the time now to meet with experienced independent Tax Attorneys to review their current tax positions to ensure tax compliance, identify tax risks and even uncover potential opportunities to maximize their taxes.

Are You Ready For Tax Increases?