According to Law360, those involved in the mining of cryptocurrencies will likely be exempt from the broker reporting requirements included in last year's infrastructure legislation, an official with the U.S. Department of the Treasury told a group of senators. 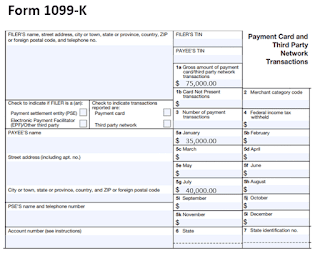 Operators in the digital asset marketplace who are not in a position to provide the Internal Revenue Service with useful information will likely be exempt from the law's broker reporting requirements in forthcoming regulations, Jonathan Davidson, assistant secretary for legislative affairs at Treasury, said in a letter to the senators dated Friday.

"Persons who are just validating transactions through a consensus mechanism are not likely to know whether a transaction is part of a sale," Davidson said in the letter, which was posted on Twitter by Sen. Rob Portman, R-Ohio. "And persons who are only selling storage devices used to hold private keys or persons who merely write software code are not carrying out broker activities."

Blockchains can employ a variety of consensus mechanisms, including both mining and staking, to verify transactions and create new tokens. The infrastructure law, which Congress passed last year with bipartisan majorities in both chambers, earmarked roughly $550 billion to rebuild the nation's infrastructure. Part of the revenue for the $1.2 trillion package is supposed to come from enhanced tax reporting of cryptocurrency transactions.

Internal Revenue Code Section 6045 requires those engaging in business activities as brokers to furnish information returns for each one of their customers.

The Infrastructure Law Expanded The Definition of Broker to Include "Any Person Who (For Consideration) is Responsible For Regularly Providing Any Service Effectuating Transfers
of Digital Assets on Behalf of Another Person."

Some groups criticized that language for being overly broad, arguing it would rope in a wide range of operators that don't act like traditional financial brokers, such as miners and digital wallet providers. But as Davidson's letter shows, those fears were unfounded, Portman said.

"Appreciate the Treasury Department affirming that crypto miners, stakers and those who sell hardware and software for wallets are not subject to tax reporting obligations," Portman said in a tweet. "As I have said from the start, this requirement only applies to brokers."

As part of a colloquy that Portman and Sen. Mark Warner, D-Va., conducted on the Senate floor last summer, the lawmakers said those actors solely involved in cryptocurrency mining and staking won't be subject to the broker reporting requirements. The same goes for those solely engaged in providing hardware and software allowing crypto users to access their private keys, the lawmakers said.

Those statements are "consistent with the Treasury Department's view that ancillary parties who cannot get access to information that is useful to the IRS are not intended to be captured by the reporting requirements for brokers," Davidson said.

In light of the legislation, Treasury also will consider the extent to which centralized and decentralized exchanges should be treated as brokers, Davidson said.

Treasury's "interpretation can always change, which is why Congress should act," Toomey said. "There is clear, broad consensus over the definition of broker, and it's imperative Congress put this bipartisan clarification into law."

For her part, Lummis told Law360 that the letter from Treasury doesn't adequately address the senators' concerns.

"Last week's letter shows that Treasury agrees that the definition should be narrowly applied, but the letter does not go as far as promised, especially relating to the guidance the Treasury Department agreed to last year and relating to decentralized finance," she said.