According to Law360, Federal legislation that would require cryptocurrency brokers to report transactions to the Internal Revenue Service marks the latest step in the government's effort to regulate the industry, and it could signal a future push for international reporting requirements as well.

Crypto brokers, including asset exchanges such as Coinbase and Kraken, may experience some growing pains as they adjust to the new rules, which would apply the current tax reporting requirements for stockbrokers to those that carry out crypto transactions on behalf of others. Although the measure was an unexpected addition to a $1.2 trillion infrastructure bill, the policy goals underlying the legislation shouldn't have been a surprise, specialists say.The measure is part of the government's larger effort to take the third-party reporting rules that exist for more established areas of the financial industry and apply these requirements to the cryptocurrency world. When it comes to expanding current bank disclosure rules, for example, the U.S. Treasury Department recently proposed creating an international exchange system for cryptocurrency account information that's similar to the Foreign Account Tax Compliance Act.The basic structure of FATCA will likely end up applying to cryptocurrency, but the timing is unclear, according to Joshua Smeltzer, counsel at Gray Reed & McGraw LLP.

The digital asset reporting measure is part of the Infrastructure Investment and Jobs Act, a bipartisan spending proposal that includes $550 billion to improve public transportation and utilities. The crypto provision is expected to raise about $27.9 billion over the next decade by expanding Internal Revenue Code Section 6045, a measure that currently covers tax reporting requirements for brokers working with stocks, bonds or other financial instruments.Specifically, the bill would amend Section 6045 to include "digital assets" as items that brokers must report when they carry out transactions on behalf of others. The legislation stems from the IRS' treatment of cryptocurrency as property, meaning that gains and losses must be reported by the digital assets' owners and now, under the bill, by the brokers as well.In June, before the introduction of the crypto measure, IRS Commissioner Chuck Rettig stressed the need for a legislative mandate for third-party tax information reporting on cryptocurrency. Such a mandate would help the IRS go beyond the line it added to Form 1040 for tax year 2020 requiring confirmation of the sale, delivery, exchange or acquisition of any cryptocurrency, he said.In the meantime, the provision has come under attack from the crypto industry following the circulation of draft language in late July. One industry group executive decried the legislation as "a last-minute tax provision buried in a massive must-pass infrastructure bill."Although asset exchanges, or at least, the more established ones, have already been collecting customer information in anticipation of third-party rules, they're expected to encounter a transition period as they gather more data to comply with this new requirement. The degree of difficulty that's predicted during this time, however, is up for debate. 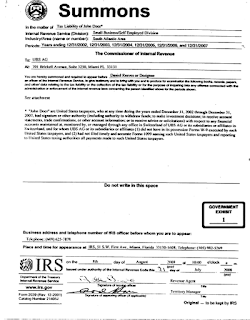 As some see it, the IRS'

successful enforcement of John Doe summonses against Coinbase and Kraken signaled to the crypto industry that asset exchanges needed to start collecting information under anti-money laundering and know-your-customer, or AML/KYC, requirements for the financial industry.A court document related to the IRS' summons against Coinbase in 2017 highlighted the dearth of information that existed about crypto users at the time. According to a filing from the IRS agent, virtual currency transactions could be conducted through aliases, pseudonyms and email addresses.Meanwhile, Coinbase co-founder and CEO Brian Armstrong tweeted on Aug. 10 that "our goal here is simply parity with traditional finance."He added, "We should ensure that true brokers report tax info, but every other crypto ecosystem participant (of which there are many, with new ones being created all the time) are not penalized."As for layering W-9 requirements on top of the information that exchanges are already collecting, there are varying takes on the challenges that these trading platforms may face.Trading platforms may also face some challenges with getting taxpayer information — at least from existing customers, according to Jonathan Sambur, a partner at Eversheds Sutherland.Although the crypto reporting measure would only affect U.S. exchanges, some specialists are also eyeing international reporting efforts on the horizon, including Treasury's FATCA-esque proposal and a similar project at the Paris-based Organization for Economic Cooperation and Development.Meanwhile, the OECD is working on a cryptocurrency version of its common reporting standard, an information sharing system that's designed to build on FATCA by providing a template for other countries to exchange and collect taxpayer data.Although the details may not yet be clear for potential future reporting requirements, either international or domestic, the overall outlook seems to be heading in the direction of additional disclosure rules.
Have a Virtual Currency Tax Problem?