A federal district court has found, in Goodrich, (DC LA 3/17/2020) 125 AFTR 2d ¶2020-558 that the IRS improperly levied property belonging to a decedent’s children. The decedent held a life estate in certain property that was willed to the children by their mother and decedent’s interest in that property ended when he died. Therefore, the children were entitled to get that property back.
A nontaxpayer can sue the IRS for wrongful levy. (Code Sec. 7426). To establish a wrongful levy claim against the IRS, a nontaxpayer must show that:
Under Louisiana law, a surviving spouse who receives a usufruct (life estate) in certain property created by a will generally may consume or sell consumable property such as money (La. Civ. Code Art. 536) and may possess and use non-consumables such as real estate, stocks and mineral rights. (La. Civ. Code Art. 537) 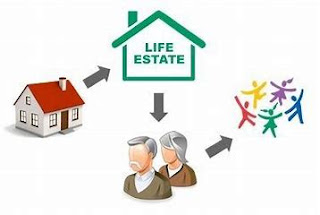 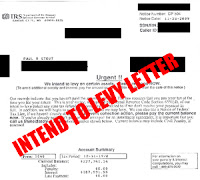 A few years after Henry died, the IRS issued levies against funds in his estate’s bank accounts, including cash that Henry received when he sold shares of stock. The IRS applied the seized funds to Henry’s tax debts.
In their wrongful levy action, Henry’s children argued that at the time of Henry’s death they became 100% owners of the assets subject to Henry’s life estate and, therefore, none of the levied assets were Henry’s when the IRS issued the levies. The children demanded that the IRS return the cash it seized from the estate’s accounts.
The district court found that the IRS improperly levied cash from the estate’s account that was generated by the sale of personal property and real property because under Louisiana law Henry’s interest in that property ended when he died even through the proceeds from the sale of the property were deposited in the estate’s account.
However, the court decided that Henry’s children had a claim against the estate for the cash Henry received for certain stock that he sold. Therefore, the IRS’s levy on this amount was not wrongful.
Citing In Re Succession of Catching, the court held that because Henry had the option to deliver to his children (as the remaindermen of the life estate) either stock in the same quantity or quality as the stock he sold or a sum of money representing the value of that stock to restore the value of the consumables (stock) he sold, Henry’s obligation was a debt he owed his children. Thus, when Henry died and his life estate terminated, the debt became an obligation of his estate that was subject to administration and payment only if the estate had adequate funds to satisfy the obligation.
Do You Have and IRS Collection Problem?