According to Law360, The U.S. Department of Justice recommended the Treasury Department disclose former President Donald Trump's personal tax returns, along with those for eight of his businesses, to the House Ways and Means Committee, according to a slip opinion published Friday.

Treasury should honor a revised request made in June for Trump's tax information between 2015 and 2020, the DOJ said in the opinion from its Office Of Legal Counsel. The request, by House Ways and Means Chair Richard Neal, D-Mass., should be deemed valid under Internal Revenue Code Section 6103(f)(1), the DOJ said. 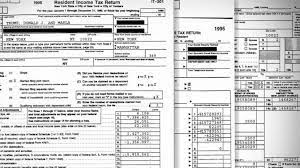 When considering whether to honor lawmaker requests for sensitive tax information, the executive branch should assume that those legislators have acted in good faith in furtherance of legitimate legislative goals, and the appearance of political motivation should rarely lead to the denial of those requests, according to the opinion."The Chairman of the House Ways and Means Committee has invoked sufficient reasons for requesting the former President's tax information," said the opinion, written by Acting Assistant Attorney General Dawn Johnsen. "Under section 6103(f)(1), Treasury must furnish the information to the Committee."Neal made a request in April 2019 for Trump's tax information, which the government rebuffed. The request, under Section 6103, was made to allow the committee to effectively review the Internal Revenue Service's internal processes for auditing the president's tax returns, Neal said. After the administration likewise flouted a later subpoena, Neal sued to enforce it.