According Law360, Although Internal Revenue Service investigations into people failing to file foreign bank and financial account reports fell sharply during the COVID-19 pandemic, enforcement remains a priority because it's an easy source of revenue, government and private practitioners told Law360.

IRS Statistics For The 2020 Calendar Year Showed
FBAR Investigations Declined Nearly 35%
From 2019, From 5,670 To 3,707.
The number of such examinations closed also declined, from 2,652 to 1,495, while penalties collected dropped from $77.5 million to $46.6 million. The statistics were published in the agency's annual progress report on FBAR cases, required under the USA Patriot Act of 2001.
The IRS press office said the declines are a direct result of the coronavirus pandemic. The agency's People First Initiative, conducted from April 1 to July 15, 2020, suspended all in-person contacts and some compliance actions, and even after the initiative expired the IRS did not resume its rate of investigations, the agency said.Two years into the pandemic, the IRS says it expects investigations to rise. As a goal, it will prioritize FBAR awareness to help filers and practitioners comply with FBAR recordkeeping requirements, it said. While the agency did not specify the steps it would take or set specific goals, it told Law360 it would rely on traditional, web-based and social media communications.
COVID Basically Sidelined IRS Enforcement Efforts Across The 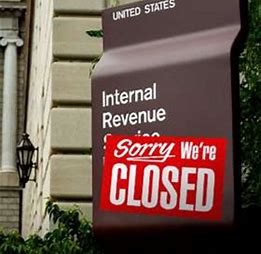 Board," David W. Klasing, A Solo Practitioner, Told Law360.
"A lot of IRS officers were marginally effective people to start with," he said. "When you pull them out of the office and put them at home, ineffectiveness went to nonperformance."While the IRS may be conducting fewer investigations, it appears to be hoping for a big payoff from the ones it is pursuing.

The IRS will go after FBAR cases where it thinks there are potential willful violations, and also has started pursuing criminal investigations against people making false, nonwillful statements, he said.

The IRS still investigates taxpayers for failing to file, but the agency has prioritized other areas of tax evasion such as cryptocurrencies, said Andrew Gordon, president of the Gordon Law Group.The IRS annual report showed examination rates varied widely from 2012 to 2019, from a high of 8,420 in 2014 to a low of 2,807 in 2018. Civil FBAR examinations, penalties levied and penalties collected also rose and fell during the same period. Despite the ups and downs, the number of FBAR filings rose steadily each year from 807,040 in 2012 to 1.4 million in 2020.The IRS' emphasis on the need to file FBARs, particularly after 2010, is one reason filings increased, Crouch said."I give the IRS a lot of credit for improving communication," he said.Still, a significant number of taxpayers remain unaware of the filing requirement and there is much progress that the agency still needs to make to increase the number of FBAR filings, said Holland & Knight LLP partner Chad Vanderhoef."The unfortunate reality is that many taxpayers facing FBAR penalties did not know of the filing requirement," he said. "And the fact that many return preparers similarly lacked awareness exacerbated the problem."
But FBAR Enforcement Remains A Strong Priority

For The IRS, Practitioners Said.

The government continues to collect data through enhanced information sharing efforts and other methods, such as John Doe summonses and cooperation from parties entering into nonprosecution agreements, Vanderhoef told Law360. The information will trigger investigations into offshore accounts, he said.