"The micro-captive insurance product is not insurance for federal income tax purposes when the product, for example, does not conform to commonly accepted notions of insurance, but the insured claims deductions for premiums on federal income taxes," GAO said.

One consideration of the courts is whether the insurance legitimately distributes risk across participating entities, it said, adding that IRS must expend significant resources reviewing such schemes. 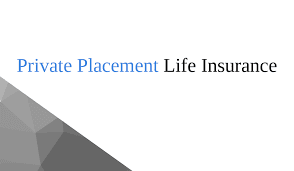 "Offshore variable life insurance products, which are insurance policies with investment components over which the insured has certain control, may be abused if the individual taxpayer fails to meet IRS reporting requirements or pay appropriate federal income taxes," GAO said. Taxpayers with certain foreign life insurance accounts are required to report this information to IRS and the Financial Crimes Enforcement Network, the report noted.

This observation is nothing new in that variable policies (both offshore and domestic) have the potential for tax abuse where “some taxpayers closely control how their premiums are invested and may direct premium funds toward illiquid assets they currently own in an attempt to convert taxable income to tax exempt income that is eventually passed on to their beneficiaries tax-free.”

This abuse is more commonly called a violation of the “investor control” rule or doctrine, which undermines the validity of any offshore or domestic life insurance policy.

The tax benefits of making investments through private placement life insurance (“PPLI”), including investments in hedge funds, are very significant (i.e., the potential elimination of income tax and possibly estate tax as well).

The IRS has long maintained that to achieve the tax benefits of tax-free inside build-up in a life insurance policy the taxpayer must not retain sufficient control and incidents of ownership over the assets in the separate account of the insurance company so as to be treated as the owner of those assets for income tax purposes.

For the last 30 years it was not clear that the IRS has had the authority to impose this doctrine. However, in a decision filed on June 30, 2015, the Tax Court in Webber v. Commissioner, upheld the IRS’s imposition of tax on investment returns based on the investor control doctrine, but refused to apply any penalties.

The application of the investor control doctrine is very fact specific and the Court, in a very lengthy opinion, determined that Webber effectively dictated the investments made by the insurance company separate accounts.

Neither the Webber Case nor This GAO Report Should Affect The Tax Benefits For Properly Structured PPLI Or Annuities.

However, they do increases tax risks for any policyholder who has control over the underlying investments.

Want To Know More About The Tax Benefits of 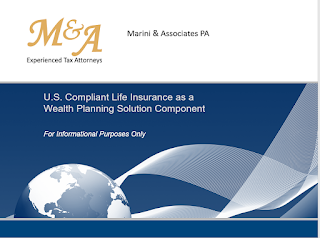