A group of 25 Democrats in the House wrote to congressional leaders asking them to provide $12.1 billion in funding for the Internal Revenue Service, including $5.2 billion for enforcement, with an eye toward cracking down on high-income tax cheats.

The letter, written by Rep. Judy Chu, D-California, a member of the House Ways and Means Oversight Subcommittee, and Bill Pascrell, D-N.J., who chairs the subcommittee, said that maintaining the funding amount, which has already been passed in the House but not yet in the Senate, would help the agency pursue wealthy tax scofflaws and safeguard tax dollars from fraud.

“The Strength of IRS Enforcement Activities Must Be A Priority For Congress, Especially Considering The Additional Measures Congress Enacted Under The CARES Act To Lessen The Financial Burden Of The COVID-19 Pandemic,”
They Wrote In A Letter Last Week.

They pointed to an article last year from the investigative news organization ProPublica showing that the IRS disproportionately pursues audits of poorer Americans, including Earned Income Tax Credit recipients, while overlooking tax fraud by the wealthy.

IRS commissioner Charles Rettig strenuously denied those accusations during a subcommittee hearing this month, pointing to information from the annual IRS Data Book, noting that the audit rate for EITC claimants is 1.1 percent, while for taxpayers earning over $10 million it’s 8.16 percent.

“There is no focus on lower-income taxpayers, but to the extent that people indicate the EITC is focused on lower-income individuals, whoever is in that population is in the audit selection process." said Rettig. Annually in fiscal ’19, in the EITC world, there were about 25 million people claiming $63 billion of the EITCs, and there was a 25 percent improper payment rate, which means that the Internal Revenue Service paid for fiscal ’19 $17.4 billion to that group that we were unable to verify that they were entitled to it.

The Congressional Budget Office has found that increasing the IRS’s budget to investigate high-income Americans would more than pay for itself, the lawmakers noted. 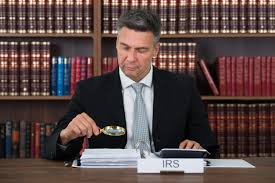 They pointed to $2.3 billion in tax fraud in fiscal year 2020 identified by the IRS’s Criminal Investigation division, an increase of $500 million, or nearly 28 percent, from FY 2019.

They contend that IRS enforcement resources should not be targeted at lower-income taxpayers, whose earnings are usually simpler to track from W-2 and 1099 forms and compare against the 1040 forms they file, as opposed to the more complex returns of wealthier taxpayers.

“We urge you to preserve the $5.2 billion level of funding from the House-passed FSGG appropriations bill in order to ensure IRS can effectively collect taxes, including those owed by the top 1 percent of taxpayers.”