According to Law360, a California federal judge raised concerns about the scope of another Internal Revenue Service summons on cryptocurrency exchange, this time it concerns Kraken Inc. The IRS is seeking information on its customers' tax compliance, saying the U.S. must make its case explaining why he shouldn't reject it.

The federal government needs to explain why the John Doe summons should not be denied for being too broad in scope, Chief Magistrate Judge Joseph C. Spero in San Francisco said in an order on March 31, 2021. While the summons seeks basic account data on a group of Kraken users, such as their registration information and transaction history, it also requests broad categories of information such as correspondence between the cryptocurrency exchange and those users, according to the order.

The U.S. "must specifically address why each category of information sought is narrowly tailored to the IRS' investigative needs, including whether requests for more invasive and all-encompassing categories of information could be deferred until after the IRS has reviewed basic account registration information and transaction histories," Judge Spero said.

On Tuesday, the U.S. filed a petition asking the court to approve its summons to the cryptocurrency exchange. The IRS is seeking information on people who have accounts with Kraken and have conducted at least $20,000 in transactions in any given year from 2016 through 2020, according to the government's petition, which didn't name Kraken as a party to the suit.

The IRS doesn't know the identities of these individuals, but it's looking to use the summons to potentially assess taxes on Kraken users who haven't complied with their tax reporting obligations for their cryptocurrency holdings, the U.S. said.

In Support of Its Summons Request, The U.S. Said An IRS Investigation Had Already Found That Five Individuals 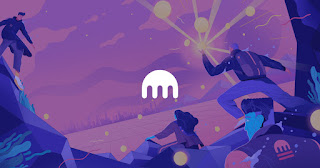 With Kraken Accounts Failed To Report Millions In Cryptocurrency Transactions To The Agency.

This noncompliance, combined with a dearth of third-party reporting in cryptocurrency generally, has led the IRS to believe that there are more Kraken users who aren't compliant with their cryptocurrency tax reporting obligations, the government said.

On March 31, 2021, Judge Spero said the U.S. had likely proved that the John Doe summons satisfies three requirements under Internal Revenue Code Section 7609(f) , one of which is that there's reason to believe that the subject of the summons might not be compliant with tax obligations. But that provision also requires John Doe summonses to be "narrowly tailored," and the information the IRS seeks from Kraken might be too broad, the judge said.

That Information Includes User Preferences, Identifying Information of Those Customers and Correspondence Between Kraken and Its Customers, According To The Order.

In a separate case, the U.S. Department of Justice announced on April 1, 2021 that the IRS would be allowed to proceed with a John Doe summons of customers of Circle Internet Financial Inc. and its affiliates. Similar to the Kraken summons, the Circle summons would request information about U.S. taxpayers with at least $20,000 in cryptocurrency transactions from 2016 to 2020.

The information requests follow a decision from a California federal judge in November 2016 that authorized a John Doe summons by the IRS to obtain information from another virtual currency exchange, Coinbase. Coinbase challenged the summons, and the following November the judge ordered the company to comply with a narrowed request for information on accounts with transactions greater than $20,000.