According to Law360, the current Infrastructure Bill was modified by congressional Democrats to loosened their proposal to require banks to file annual tax information returns with customer account data, raising the reporting threshold from $600 to more than $10,000 and provide an exemption for wage earners and those whose income comes from federal programs such as Social Security.

"If You Don't Have $10,000 Above Your Paycheck,
Social Security Income Or The Like Coming In Or Going Out, There's No Additional Reporting," Wyden Said.

Banks would not be required to report specific transactions to the IRS, Wyden said, only those that result when taxpayers save for major purchases valued above $10,000. He said the IRS would receive only two specific pieces of information: the total amount going into and out of an account.As originally proposed this year in the Treasury Green Book, the Internal Revenue Service information reporting proposal would require banks to file tax information returns on their customer accounts with data on gross inflows and outflows, cash and foreign transactions, and transfers among each customer's different accounts.U.S. Treasury Secretary Janet Yellen released a statement Tuesday saying the IRS reporting proposal is needed to help the agency collect taxes from wealthy Americans with opaque sources of income that typically avoid the scrutiny that wage income undergoes.

"This Two-Tiered Tax System Is Unfair And Deprives The Country Of Resources To Fund Core Priorities," Said Yellen, 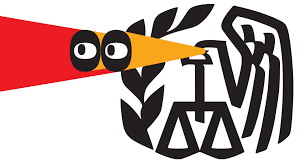 adding that the administration of President Joe Biden wants to focus on collecting unpaid taxes from Americans at the top of the income scale.

Citizens are worried the proposal will turn "bank presidents, community bankers, credit unions, lenders and tellers into spies for the IRS," he said. 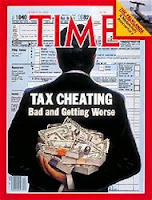 "The reality is wealthy people often earn their income through partnerships or other ways in which they can sell an asset for $2 million, put that $2 million in the bank account and tell the IRS that they only earned $200,000," he told lawmakers.

The IRS would be able to "spot when a wealthy tax cheat has millions of dollars flowing into an account, but isn't reporting that money on their tax return," she said. "Their wealthy clients are outright lying about this proposal, claiming that it would give the IRS information on individual transactions."
This mandate could reach anyone who accepts cryptocurrency for goods or services, leaving those who fail to properly complete their paperwork facing ruinous fines and even prison. Imposing it is unnecessary, ill-advised and possibly unconstitutional.The ostensible purpose of this requirement is to enhance tax collection. Those who share detailed personal and financial information with their bank cannot complain, when the bank shares some of that information with the government.
Person-to-person crypto transactions are fundamentally different. They involve no third party. Recipients of cryptocurrency have no reason to gather the sender's personal information and senders have no reason to offer it.