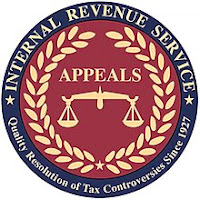 The Internal Revenue Service on Thursday released the results of a review of a now-concluded pilot program that invited compliance personnel into the appeals process, saying it would continue the practice but would not require it.

Individual appeals team case leaders, or ATCLs, will retain the discretion to invite exam officials into the appeals resolution process, the report said. The pilot program, which ended May 1, 2020, faced some criticism from practitioners who feared it was an attempt to inappropriately force mediation on cases that had progressed beyond that stage. "Our experience with the ATCL conferencing initiative found that the process generally is helpful in providing our ATCL teams with a comprehensive understanding of the cases before them," the report said. "Moreover, we have determined that an ATCL's discretionary use of compliance attendance at conferences can be a valuable tool in certain instances."The pilot program, which ended after running for about three years, was designed to help the agency's appeals division identify, narrow and resolve factual or legal differences in some of the more complicated cases it received, the agency has said. ATCLs handle some of the most complex cases that come before the Independent Office of Appeals.According to the report, a third-party contractor that collected feedback from program participants found that 92% of those surveyed had an overall positive experience with the appeals process, while only 62% said they had a positive experience with appeals conferences that included compliance personnel.

The Report Noted That The Discretion To Invite
Compliance Personnel To Appeals Department Conferences
Did Not Originate With The Pilot Program And
Has Been Available For Decades.
"Although the discretion to invite Exam rests solely with the ATCL, the ATCL will solicit and consider the taxpayer's view as to whether it would (or would not) help to resolve the case by inviting the Exam team to the non-settlement portion of the conference," the report said, adding that the views of exam personnel will also be considered in kind.