According to Law360, a woman whose ex-husband owes nearly $5 million in taxes can't get spouse relief from his liabilities, as the U.S. Tax Court found on May 5, 2022 that the IRS' lead attorney can deny her relief despite another agency office's contradictory recommendation.

Michelle DelPonte isn't entitled to innocent spouse relief for the liabilities owed by her ex-husband, William Goddard, an attorney who earned large sums of money from selling tax avoidance schemes but ended up owing the Internal Revenue Service after hiding his income, the Tax Court said in Michelle DelPonte v. Commissioner of Internal Revenue, docket numbers 1144-05, 1334-06, 20679-09, 20680-09 and 20681-09, in the U.S. Tax Court.

DelPonte Can't Get That Relief Under Internal Revenue Code Section 6015(C) Despite A Decision From The Cincinnati Centralized Innocent Spouse Operation (CCISO) The IRS
Unit That Typically Fields Such Cases, That She's Eligible
For It, The Court Found.
Her ineligibility stands because in certain procedural situations, the agency's Chief Counsel Office has the final say on whether someone is entitled to that relief, according to the opinion in the consolidated cases."The chief counsel in these cases has considered the determination of CCISO to grant DelPonte relief and decided not to adopt it without further investigation," the opinion said. "That is his prerogative, and we will not force him to do otherwise."The tax dispute involving Goddard, DelPonte and the IRS dates to the late 1990s and early 2000s. In those tax years, the IRS issued deficiency notices to Goddard for income he failed to report from his scheme selling the tax plans as a practicing attorney, according to the opinion. DelPonte and Goddard separated in 2000, and the Ninth Circuit recently affirmed his $5 million in liabilities.The agency continued sending Goddard and his law firm tax bills, and unbeknown to DelPonte, he filed innocent spouse case requests on her behalf to relieve her of her joint liabilities, according to the opinion. She didn't learn about Goddard's litigation and legal problems until 2010, the Tax Court said. 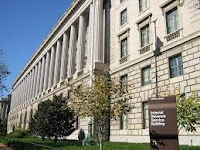 The Office of Chief Counsel ultimately asked CCISO for a recommendation on whether DelPonte was eligible for Internal Revenue Code Section 6015(c) relief, and although that office recommended she be found eligible, the chief counsel determined otherwise, according to the opinion.
But, Chief Counsel wasn't happy with CCISO's determination in Michelle's favor, so Chief Counsel asked Michelle to provide more information so Counsel could make its own determination on her eligibility for innocent-spouse relief.

Michelle refused to provide more information to Counsel. She argued that additional information wasn't necessary because CCISO had already decided she was entitled to relief and that its decision was binding on Chief Counsel. Instead, Michelle moved for entry of decision granting her relief (the Tax Court treated this filing as a motion for summary judgment.

Since then, the IRS has argued that the chief counsel has the ultimate power to decide an innocent spouse relief request when it's raised in the course of court proceedings, according to the opinion. DelPonte's request was advanced while her husband was litigating in the Tax Court over their joint liabilities, the opinion said. Meanwhile, DelPonte has contended that her innocent spouse bid should be treated like one made not in the course of litigation, the court said.In its opinion calling the situation "unusual," the court ruled that the chief counsel gets the final say on innocent spouse claims raised in deficiency proceedings situations under IRC Section 6213(a).
DelPonte sought her innocent spouse relief in such proceedings, the opinion said. An IRS notice contained language indicating "that in this context the CCISO's decisions are advisory, and that chief counsel attorneys get to make the final decision about the IRS' views on any particular request for innocent-spouse relief when a taxpayer seeks it in a deficiency case," the opinion said.