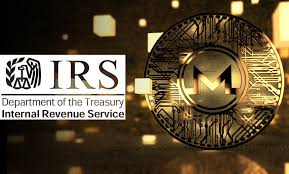 Cryptocurrencies have garnered an increasing amount of attention from the IRS in the last several years. Guidance documents have been issued to clarify the tax treatment of cryptocurrency, and enhanced enforcement efforts have been undertaken to ensure taxpayer compliance with tax reporting obligations.

Recently, a Type of Cryptocurrency Known as “Stablecoins”
Has Experienced Rapid Growth, Becoming The Fastest Growing Segment Of Cryptocurrency With Market Capitalization Surpassing $30 Billion as of January 2021.

Stablecoins use collateral to reduce volatility while retaining other benefits of digital currencies such as liquidity, transparency, and immutability through cryptography, encryption, and hashing. Users can conduct transparent peer-to-peer transactions, eliminating middlemen and many, if not all, of the fees typically associated with financial transactions. Because stablecoins are digital currencies that function on blockchain technology, they support real-time transactions and are available for use by anyone, anywhere in the world.

Stablecoins are generally differentiated based on the collateral used to reduce volatility in their price. Categorization based on collateral results in four general types of stablecoins:

While fiat currencies such as the USD have served the role of money for centuries, there is increasing demand for global electronic payment systems to augment or even replace centralized, fiat-based systems. .

Businesses and consumers do not want to be exposed to unnecessary currency risk when transacting in cryptocurrencies. Businesses will not pay someone a salary in Bitcoin if the exchange rate between the salary in USD and Bitcoin is constantly fluctuating. Most who would consider using cryptocurrencies are not interested in speculating. Users want a store of value on a censorship-resistant ledger, escaping the local banking system, currency controls, or a collapsing economy. To date, cryptocurrencies such as Bitcoin and Ethereum have not been able to offer that.

To solve the volatility problem of cryptocurrencies, in late 2014, an organization called Tether Limited issued the first successful stablecoin, Tether, that was collateralized by USD (and later other fiat currencies and even gold). While extremely successful, Tether has been the subject of controversy and government investigations. Much of the controversy centers around whether Tether maintained the promised 1-1 collateralization ratio of Tether to USD.

Taxpayers should check whether it is still possible to correct the tax return or file a Voluntary Disclosure in order to avoid any criminal proceedings and penalties, as well as administrative costs.