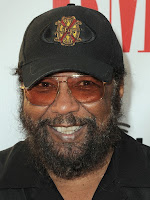 United States v. Edward J. Holland Jr. et al. No. 18-1712 (10 March 2020), Holland a songwriter, sold his song-rights to music companies, in exchange for royalty payments. Holland failed fully to report his income.
In 1986-1990, the IRS levied Holland’s royalty assets and recovered $1.5 million.
In 1997, the IRS informed him that it intended again to levy those assets.
Holland converted his interest in future royalty payments into a lump sum and created a partnership wholly owned by him, to which he transferred title to the royalty assets ($23.3 million). The partnership borrowed $15 million, for which the royalty assets served as collateral. Bankers Trust paid $8.4 million directly to Holland, $5 million in fees, and $1.7 million for Holland’s debts, including his taxes.
In an enforcement suit, the partnership sold the royalty assets. The proceeds ($21 million) went into an interpleader fund, to be distributed to the partnership’s creditors in order of priority. The government’s lien ($20 million), if valid against the partnership, would take priority over Royal Bank’s security interest.
The Sixth Circuit affirmed a judgment for Royal Bank. Transactions to monetize future revenue, using a partnership or corporate form, are common and facially legitimate. Holland received adequate consideration in 1998. The IRS’s delay in making additional assessments rather than the 1998 transfer caused the government’s collection difficulties.
Have a Tax Problem?