According to Law360, The Internal Revenue Service's Criminal Investigation division identified nearly $10.3 billion in financial wrongdoing in the agency's 2021 fiscal year and seized around $3.5 billion in cryptocurrency connected to crime, according to a report released on November 18, 2021. 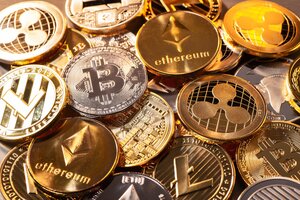 The agency's criminal investigators identified nearly $2.2 billion in tax fraud and almost $8.2 billion in other financial crimes for the 2021 fiscal year, according to the annual report from the IRS Criminal Investigation division. Around 93% of CI's seizures in the fiscal year were cryptocurrency, which some agency officials have said facilitates asset and income concealment, according to the report. CI agents "are the only federal law enforcement officers with the authority to investigate criminal violations of the U.S. tax code," IRS Commissioner Chuck Rettig said in prepared remarks. "Their work reinforces the backbone of our voluntary compliance tax system — a system that funds services and benefits for our nation, including defense, infrastructure and education."The report covered October 2020 through September 2021, during which time the division also continued working cases connected with abuse of various coronavirus relief provisions, such as the Paycheck Protection Program, according to the report. These cases involved a Florida man's admission that he secured around $4 million of those funds — authorized by the Coronavirus Aid, Relief and Economic Security Act  and used some of the cash to purchase a Lamborghini.Other investigations conducted by CI included tax cases involving public corruption, cyber crimes and corporate fraud, as well as nontax cases involving money laundering, according to the report. It highlighted $1 billion in bitcoin seized that had been stolen from the now-defunct online drug bazaar Silk Road. Its creator, Ross Ulbricht, is serving a life sentence in prison for money laundering, according to the report.CI has seen a slight uptick in its number of special agents, with 2,046 working in the division in the 2021 fiscal year compared with 2,030 in 2020, according to the report. More funding for the IRS could be on the horizon as legislators continue weighing the reconciliation bill, which has included a proposal for about $80 billion in funding for the agency.In a conference call Thursday, CI chief Jim Lee said potential reconciliation money would be used to boost those staffing figures, which he called his "No. 1 priority" as the agency loses around 150 agents per year amid a general attrition issue. "It would help CI tremendously," Lee said. The funds also would let the IRS continue its focus on cyber, data analytics and technology, he added.