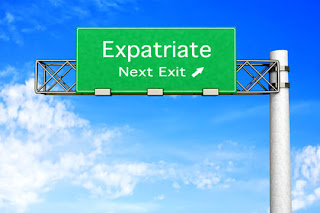 According to Law360, Individuals who, over the past decade, amassed a small fortune in virtual currencies or other assets, who then expatriated from the United States without subjecting those assets to the expatriation tax, may feel like they have successfully flown under the radar of IRS’ civil and criminal tax enforcement.

Recent IRS Enforcement Initiatives, However, Including The IRS 2019 Expatriate Compliance Campaign And Its 2018 Virtual Currency Compliance Campaign, Suggest That The IRS Has Not Been Idle And Is Now Publicly And Officially On The Hunt.

Although a wait-and-see approach might have sufficed in the past, now, more than ever, potentially noncompliant expatriates should consult experienced counsel to evaluate and address their civil and criminal tax exposure in light of the IRS’ new tax enforcement priorities.
In 2008, Congress created a new tax regime, popularly dubbed the exit tax, that provides for a so-called mark-to-market tax on property of United States citizens and certain long-term permanent residents seeking to expatriate from the United States.
In essence, the exit tax creates a taxable event covering all property belonging to a covered expatriate on the day before that person officially exits the United States, whether or not the covered expatriate’s property was actually sold. Under the exit tax, and subject to a few exceptions, all of a covered expatriate’s property is treated as sold at its fair market value on the day before that person’s official exit date, any gain arising from the deemed sale that exceeds a threshold amount (e.g., $725,000 in 2019) must be reported as taxable income and the corresponding taxes must be paid to the United States.
Prior to 2014, when the price of one bitcoin fluctuated between less than $0.01 in 2009 all the way up to over $1,100.00 in 2013, it was unclear if and how virtual currency should be treated for federal income tax purposes.
In 2014, however, the IRS issued Notice 2014-21, explaining that virtual currency is treated as property for federal income tax purposes and that longstanding tax principles applicable to transactions involving property in general also apply to virtual currency. Because virtual currency is “taxable by law just like transactions in any other property,” covered expatriates who failed to address the exit tax consequences arising from the deemed sale of all their virtual currencies (and other assets) upon expatriation have likely failed to meet their federal tax obligations.
Virtual currencies have been on the IRS’ radar since as early as 2014, public reports of IRS’ enforcement efforts into virtual currencies did not gain widespread public traction until late 2016. In November 2016, the U.S. Department of Justice, Tax Division announced that the IRS intended to serve John Doe summonses on Coinbase Inc., a San Francisco-based cryptocurrency exchange platform, requesting information about U.S. taxpayers who engaged in virtual currency transactions between 2013 and 2015
Since then, the IRS has launched multiple initiatives targeting virtual currency transactions. For example, on May 1, 2017, the IRS Criminal Investigation Division created the Nationally Coordinated Investigations Unit, which has identified virtual currency as one of its three high priority initiatives.

Taxpayers should check whether it is still possible to correct the tax return or file a Voluntary Disclosure in order to avoid any criminal proceedings and penalties, as well as administrative costs.