The Justice Department announced on February 17, 2022 the selection and appointment of Eun Young Choi to serve as the first Director of the National Cryptocurrency Enforcement Team (NCET).

Ms. Choi is a seasoned prosecutor with nearly a decade of experience within the department, and most recently served as Senior Counsel to the Deputy Attorney General. She will assume her duties full-time effective today.

“With the rapid innovation of digital assets and distributed ledger technologies, we have seen a rise in their illicit use by criminals who exploit them to fuel cyberattacks and ransomware and extortion schemes; traffic in narcotics, hacking tools and illicit contraband online; commit thefts and scams; and launder the proceeds of their crimes,” said Assistant Attorney General Kenneth A. Polite Jr. of the Justice Department’s Criminal Division.

“The NCET Will Serve As The Focal Point For The Department’s Efforts To Tackle The Growth of
Crime Involving These Technologies."

Eun Young is an accomplished leader on cyber and cryptocurrency issues, and I am pleased that she will continue her service as the NCET’s inaugural Director, spearheading the department’s efforts in this area.”

The NCET was established to ensure the department meets the challenge posed by the criminal misuse of cryptocurrencies and digital assets, and comprises attorneys from across the department, including prosecutors with backgrounds in cryptocurrency, cybercrime, money laundering and forfeiture.

The NCET will identify, investigate, support and pursue the department’s cases involving the criminal use of digital assets, with a particular focus on virtual currency exchanges, mixing and tumbling services, infrastructure providers, and other entities that are enabling the misuse of cryptocurrency and related technologies to commit or facilitate criminal activity.

The NCET will set strategic priorities regarding digital asset technologies, identify areas for increased investigative and prosecutorial focus, and lead the department’s efforts to coordinate with domestic and international law enforcement partners, regulatory agencies and private industry to combat the criminal use of digital assets.

Finally, the NCET will enhance the Criminal Division’s existing efforts to provide support and training to federal, state, local, and international law enforcement to build capacity to aggressively investigate and prosecute serious crimes involving cryptocurrency and digital assets in the United States and around the world.

The NCET’s work will be furthered through close collaboration with components across the department, including the Criminal Division’s Computer Crime and Intellectual Property Section and Money Laundering and Asset Recovery Section; the U.S. Attorneys’ offices; the National Security Division; and the FBI, including the FBI’s new Virtual Asset Exploitation Unit, a specialized team of cryptocurrency experts dedicated to providing analysis, support, and training across the FBI, as well as innovating its cryptocurrency tools to stay ahead of future threats. 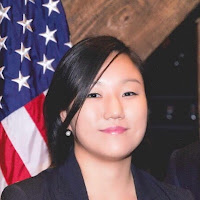 “The department has been at the forefront of investigating and prosecuting crimes involving digital currencies since their inception,” said Director Choi. “The NCET will play a pivotal role in ensuring that as the technology surrounding digital assets grows and evolves, the department in turn accelerates and expands its efforts to combat their illicit abuse by criminals of all kinds. I am excited to lead the NCET’s incredible and talented team of attorneys, and to get to work on this important priority for the department. I would like to thank Assistant Attorney General Polite and the Criminal Division’s leadership for this opportunity.”

Prior to her service as Senior Counsel to Deputy Attorney General Lisa O. Monaco, Director Choi began her career at the department as an Assistant U.S. Attorney for the Southern District of New York, where she served as the office’s Cybercrime Coordinator and investigated and prosecuted cyber, complex fraud and money laundering crimes, with a particular focus on network intrusions, digital currency, the dark web and national security investigations.

She served as lead prosecutor in a variety of cases, including the investigation of a transnational organization responsible for the hacking of J.P. Morgan Chase and a dozen other financial companies; the operation of Coin.mx, an unlicensed virtual currency exchange; and the only U.S. prosecution brought in connection with the “Panama Papers.”

In addition, she successfully argued the appeal before the Second Circuit in the case against Ross Ulbricht, the founder and chief administrator of the Silk Road, the first darknet marketplace.

Earlier in her career, she served as a law clerk to the Honorable Naomi Reice Buchwald of the U.S. District Court for the Southern District of New York, and the Honorable Reena Raggi of the U.S. Court of Appeals for the Second Circuit. She is a graduate of Harvard College and Harvard Law School.