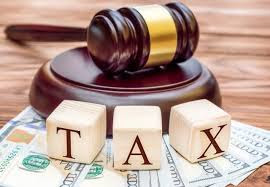 The Court of Federal Claims has held in, McCaffery v. U.S., (Ct Fed Cl 8/9/2021) 128 AFTR 2d ¶2021-5115, that the Code and regs are clear that when an envelope does not contain a postmark, the taxpayer cannot use extrinsic evidence to prove when they mailed it. The court disagreed with a Tax Court case that had found that a taxpayer could use extrinsic evidence in the absence of a postmark.

The Code Sec. 7502(a)(1) deemed delivery rule provides that the date of the US Postal Service (USPS) postmark stamped on the cover a return, claim, payment, etc. ("claim") is mailed is deemed to be the date of delivery to the IRS.

If the postmark does not bear a date on or before the last date for filing the claim, the claim is considered not to be timely filed, regardless of when the claim is deposited in the mail. (Reg §301.7502-1(c)(1)(iii)) 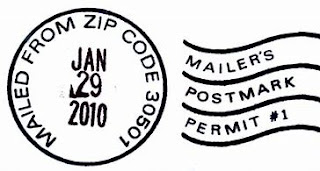 If the postmark on the envelope is made by the USPS but is not legible, then the person who is required to file the claim has the burden of proving the date that the postmark was made. (Reg §301.7502-1(c)(1)(iii)) The court here said that this reg allows the taxpayer to provide extrinsic evidence of the date of mailing.

But, regardless of Reg §301.7502-1(c)(1)(iii), the Tax Court has held that if there is no postmark, then a taxpayer can use extrinsic evidence to prove the date of mailing. "There is nothing at all in the statute or legislative history indicating what Congress intended where no postmark is affixed due to oversight or malfunction of a machine... [I]n these circumstances, [the Court's] task... is to ask what Congress would have intended on a point not presented to its mind, if the point had been present. The Court concluded that extrinsic evidence should be admitted to prove the date of mailing for purposes of the deemed delivery rule not only when a postmark is illegible, but where it is absent. (Sylvan, (1975) 65 TC 548)

Mr. McCaffery had until April 18, 2017 to file a refund claim. He alleged that he mailed the claim to the IRS via the USPS on April 17. The IRS received the claim on April 24.

The claim's envelope had postage stamps that had been printed at a USPS kiosk with the phrase "Sold on April 17, 2017." McCaffery had an email that showed he emailed his accountant on April 17 saying that he had just mailed the claim.

But the envelope did not contain a postmark.

The IRS denied the claim since the envelope did not have a postmark and the IRS received the claim after the deadline.

McCaffery argued that, as per Sylvan, he should be able to use extrinsic evidence (the date printed on the stamps and the email to the accountant) to show that the envelope was mailed on April 17.

The Court of Federal Claims agreed with the IRS that the claim was not timely filed. The court said that the plain text of Code Sec. 7502(a) says that the deemed delivery rule only applies if a postmark or equivalent marking was made, that is, the date of the postmark is what matters, not the date of the mailing.

Similarly, The Regs Provide For Extrinsic Evidence Only To Prove The Contents Of An Illegible Postmark, Not To Prove Time Of Mailing When There Was No Postmark.

The court said the Sylvan was erroneous for two reasons. One, the Tax Court was mistaken that the IRC contains "nothing at all... indicating what Congress intended" in cases of absent postmarks. Code Sec. 7502 contains a deemed-delivery rule that is textually inapplicable when a postmark is missing. There is thus no gap to be filled; a late-received envelope lacking a postmark is simply untimely, whatever the extrinsic evidence might be, the court said. The court added that, "when a court treats circumstances covered by a general rule as falling into a gap, the court is not really asking what Congress would have intended, but presuming that the statute should say something different."

Two, when Sylvan was decided, the IRS had already promulgated Reg §301.7502-1(c)(1)(iii) providing for extrinsic evidence of the contents of illegible postmarks, but not absent ones. The court here said that by sanctioning proof by extrinsic evidence in other circumstances, the Tax Court merely created a new exception that neither Congress nor the administering agency authorized.