The Tax Court in Beland, (2021) 156 TC No. 5, found for the taxpayers, that a revenue agent's presentation of a revenue agent report to the taxpayers was an initial determination under Code Sec. 6751(b)(1), which provides that the IRS may not assess a penalty unless the "initial determination" of such assessment is personally approved by the immediate supervisor of the individual making such determination. Since no supervisor had approved the penalties in the report, the IRS could not assess them.

While the Tax Court in this case says that there is no statutory or regulatory guidance on when an "initial determination" is made, the Court does say there is some caselaw. In Belair Woods, LLC, (2020) 154 TC No. 1, the Court stated that the "initial determination" of a penalty assessment "is embodied in the document by which the IRS Examination Division formally notifies the taxpayer, in writing, that it has completed its work and made an unequivocal decision to assert penalties."

In this context, the term "initial determination" of a penalty assessment "denotes a communication with a high degree of concreteness and formality" and represents a "'consequential moment' of IRS action". (Belair Woods)

An RA met with the taxpayers in August 2015. During the meeting, the RA presented to the taxpayers
Form 4549, Income Tax Examination Changes, commonly referred to as an RAR. The RAR included a fraud penalty with a stated amount and contained the RA's electronic signature. The RA completed the RAR before the August meeting, stating in her internal notes that she intended to discuss the RAR during the meeting. 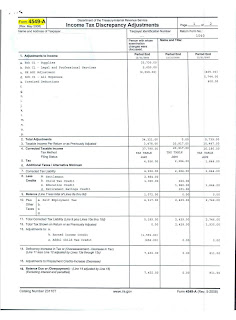 The taxpayers declined to sign the RAR during the August meeting because they did not agree with the fraud penalty. They also declined to sign Form 872, Consent to Extend the Time to Assess Tax, which would have extended the limitations period on assessment for the 2011 tax year. With fewer than 240 days left on the limitations period at the time of the August meeting, the RA informed the taxpayers that they would forgo their appeal rights, their 2011 examination case file would be closed, and the IRS would issue a notice of deficiency.

On August 21, 2015, the RA sent the 2011 examination case file and Civil Penalty Approval Form containing the fraud penalty, as well as an alternative assertion of an accuracy-related penalty pursuant to Code Sec. 6662(a) (accuracy-related penalty), to her immediate supervisor, an IRS Group Manager (GM), for approval. 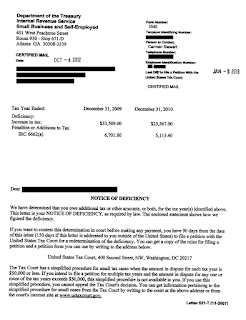 On September 1, 2015, the IRS issued a notice of deficiency to the taxpayer for tax year 2011 that included the fraud penalty without modification from the RAR given to the taxpayers during the August meeting, as well as the alternative assertion of the accuracy-related penalty.

The taxpayers argued that the RAR presented at the August meeting embodied the first formal communication of the RA's initial determination to assert the fraud penalty. Hence the fraud penalty could not be sustained since the RA's immediate supervisor had not given written approval of the fraud penalty before the meeting as required by Code Sec. 6751(b)(1).

The Court found for the taxpayers, i.e., that the RAR was the initial determination.

The Court said that presenting the taxpayers with the RAR at the closing conference for an opportunity, if not expectation, to legally bind the taxpayers to that assessment sufficiently was a consequential moment in which the RA had made the initial determination to impose the fraud penalty.

The RAR provided to the taxpayers included the title "Income Tax Examination Changes" without additional text indicating to the taxpayers that the form was meant to serve as a discussion tool for purposes of the meeting or that the fraud penalty within it was preliminary.

The RAR also contained the RA's signature, a specific fraud penalty of a determinate amount, and a signature box for the taxpayers to consent to the assessment of that penalty. When the taxpayers refused to sign the RAR or consent to extend the limitations period, the RA informed them that the next step would be to close the taxpayers' 2011 examination case file to issue a notice of deficiency for the unagreed items in the RAR, thereby confirming that the fraud penalty contained in the RAR was in no way tentative and that no further substantive examination work remained.

The Court pointed out that, while the revenue agents in Belair Woods and Oropeza sent the taxpayers the RARs through the mail, the Court has never held that an initial penalty determination must be communicated by letter. Rather, the Court's focus is on the document and the events surrounding its delivery that formally communicate to the taxpayer the IRS's decision to definitively assert penalties. The Court therefore saw no reason to limit the means of communication of the initial determination to the mail; instead, this communication may occur in person during a formal IRS meeting held at the final stage of the examination process. 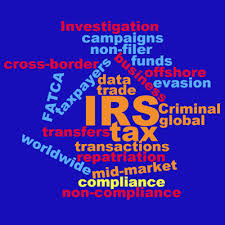