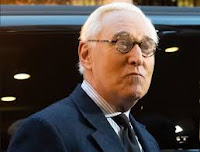 According to Law360, Roger Stone and his wife have agreed to owing more than $2 million to the IRS to settle a suit alleging the associate of former President Donald Trump, hid income from the U.S., they told a Florida federal court on July 15, 2022.

In a filing, Stone and the federal government asked the court to approve a settlement under which the political associate and his spouse, Nydia Stone, would agree to an income tax liability exceeding $1.6 million. Roger Stone also would be separately liable for more than $450,000 in taxes, according to the proposed settlement.

The Government Has Contended That The Couple
Used A Business Entity To Hide Their Income,

Meanwhile, Stone has claimed that the government is pursuing its case against him and Nydia Stone despite good-faith efforts to keep up with tax installment payments and their transparency with the agency concerning their assets and liabilities.

The government's suit, filed in April 2021, claimed Stone and his wife relied on a trust and Drake Ventures LLC to evade Internal Revenue Service collection efforts and to fund their lavish lifestyle.

The Couple Entered Into An Agreement With The Government To Pay Their Taxes In Monthly Installments Of Almost $20,000 But Defaulted On That Agreement In March 2019, According To Court Documents.

While the Stones admitted that they owe outstanding taxes for 2007 through 2011, they've alleged that the suit wouldn't have been filed if it weren't for the individual at its center. Stone said his ability to keep up with those installment payments was impeded by an investigation by then-Special Counsel Robert Mueller into Russian election interference, which he contends "nearly bankrupted" him.

The proposed settlement filed Friday said that the trust's assets, including an interest it holds in the couple's condo, can be used to pay off Nydia Stone's taxes, and that liens on their properties remain enforceable, according to the filing. The deal, if approved, would also resolve the government's claims that they improperly used Drake Ventures' cash to buy the condo, the filing said.