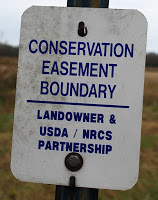 The IRS issued IR-2020-196 announcing that, as part of a continuing effort to combat abusive transactions, on August 31, 2020 the completion of the first settlement under its initiative to resolve certain docketed cases involving syndicated conservation easement transactions.

On June 25, 2020, the IRS Office of Chief Counsel announced that it would offer to settle certain cases involving abusive syndicated conservation easement transactions. Since then, Chief Counsel has sent letters to dozens of partnerships involved in these transactions whose cases are pending before the U.S. Tax Court.

“We Are Seeing Movement On These Settlements,”
Said IRS Chief Counsel Mike Desmond.
“Given The Potential For Significant Penalties, We Anticipate More Taxpayers Will Take Similar Actions And Ultimately Accept These Offers, And We Encourage Them To Do So.”

The IRS will continue to actively identify, audit and litigate these abusive transactions as part of its vigorous effort to combat abuse in this area. These transactions undermine the public's trust in tax incentives for private land conservation and in tax compliance in general. Ending these abusive schemes remains a top priority for the IRS. The IRS continues to strongly recommend that participants seek the advice of competent, independent advisors in considering the potential resolution of their matter.

This week, the first settlement under the terms of the initiative was finalized. Coal Property Holdings, LLC and its partners agreed to a disallowance of the entire $155 million charitable contribution deduction claimed for an easement placed on a 3,700- acre tract of land in Tennessee. On October 28, 2019, the Tax Court issued its Opinion (153 T.C. 126) granting the government’s motion for partial summary judgment holding that the "judicial extinguishment" provisions of the easement deed did not satisfy the requirements of section 1.170A-14(g)(6), Income Tax Regs.

Under the terms of the settlement, the investor partners were permitted to deduct their cost of investing in the conservation easement transactions and paid a 10 percent penalty, whereas the promoter partner was denied any deduction and paid a 40% penalty. The taxpayers also fully paid all tax, penalties, and interest in conjunction with the settlement. The settlement will be reflected in a stipulated decision document entered by the Tax Court and in a separately entered closing agreement. A public statement acknowledging the settlement was part of the agreement between the IRS and the taxpayer.

IRS Commissioner Chuck Rettig thanked the trial team for their exceptional dedication and work on the case: “The IRS is pleased that the partnership in the Coal Property transaction has agreed to this settlement, and we encourage other participants in qualifying easement cases to accept the terms of the Chief Counsel’s initiative,” Rettig said.

Coal Property was represented by Christopher S. Rizek and Scott D. Michel of the Washington, D.C. law firm Caplin & Drysdale. “In light of the significance of the Court’s ruling on the perpetuity issue, our client decided to take advantage of an assured penalty reduction in the IRS initiative and settle this matter under the IRS’s terms, and it is pleased that this case is resolved,” Rizek said.