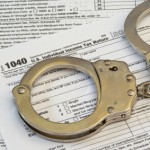 According to the DoJ, as tax filing season continues, the Department of Justice's Tax Division reminds taxpayers to pay careful attention to their reporting and filing obligations and to timely pay all taxes due. Willfully filing false tax returns or deliberately evading paying taxes are serious criminal offenses.

“Our criminal prosecutors are prepared for tax filing season too,” said Acting Deputy Assistant Attorney General Stuart M. Goldberg of the Tax Division. “Honest, law abiding taxpayers should know that the Tax Division is aggressively using its resources and expertise to identify, investigate, and prosecute those attempting to defraud and obstruct the IRS.”

Throughout the past year, the Tax Division, in collaboration with U.S. Attorney’s Offices, other Justice Department litigating offices and the IRS, has investigated and prosecuted a broad array of tax offenses from businesses and white-collar professionals underreporting income to employment tax fraud to identity theft. Enforcement efforts are continually ongoing. Here are a few recent examples: