Taxpayers Denied 911 Exclusion For Failing To Sign Their Returns

Taxpayers Denied 911 Exclusion For Failing To Sign Their Returns

According to Law360, an American couple who lived in Australia is not owed tax refunds for claimed foreign earned income exclusions because they failed to properly file their returns with the Internal Revenue Service, the Federal Circuit ruled in Brown v. U.S., case number 21-1721, in the U.S. Court of Appeals for the Federal Circuit, on January 5, 2022.

George and Ruth Brown can't claim approximately $13,000 in refunds from the IRS for tax years 2015 and 2017 because they failed to sign their amended returns directly and didn't tender power of attorney to a legal representative, the appeals court said.The Browns failed to comply with the signature and verification requirements under Internal Revenue Code Section 7422(a), the three-judge panel said in a published, unanimous opinion.

"The Browns Admit That They Neither Signed Their Refund Claims Nor Tendered Powers of Attorney To Permit Their Tax Preparer To Sign The Claims On Their Behalf,"
U.S. Circuit Judge Alan David Lourie Said In The Court's Opinion.

The Browns lived in Australia for the 2015 and 2017 tax years, during which time George Brown worked for the American company Raytheon, according to the opinion. 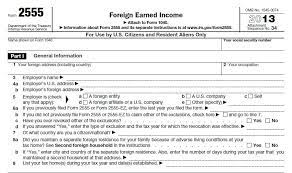 John Anthony Castro, an attorney who worked for the Browns, filed three amended tax returns on their behalf that sought refunds relating to the foreign earned income exclusion — outlined under IRC Section 911, which is meant to exclude foreign-sourced income from taxable income.In a decision letter from April 2019, the IRS explained to the Browns that they wouldn't be receiving the refunds they requested and that as an employee of Raytheon, George Brown may have permanently waived his right to the foreign earned income exclusion by signing a closing agreement with the company, the opinion said.In June 2019, the Browns filed suit against the government in the Court of Federal Claims, arguing their refunds had been inappropriately denied. In response, the IRS asked the court to dismiss the case, citing a lack of subject matter jurisdiction, which the court granted.The appellate court, however, found that the lower court incorrectly ruled that the "duly filed" requirement in Section 7422(a) is a jurisdictional matter. Instead, the higher court concluded, it's more of a "claims-processing rule."The Browns were also incorrect in arguing that the IRS had somehow waived the signature and verification requirements of Section 7422(a) by merely processing their refund claims, the appellate court ruled, saying those requirements derive from statute and the IRS doesn't possess the power to waive them.