According to Law360, a couple will allow the government to garnish a different set of financial accounts in a dispute over whether they owe more than $4 million for failing to report their foreign accounts, according to filings with a Texas federal court. The case is U.S. v. Gerald P. Foox and Carol A. Foox, case number 6:22-cv-00048, in the U.S. District Court for the Eastern District of Texa

Gerald and Carol Foox consent to the government's application for a writ of garnishment over accounts they own or control at six banks, according to the application, filed Friday with the U.S. District Court for the Eastern District of Texas.

Writs Were Placed On Three Financial Accounts That
Contain Securities And Stocks That Fluctuate In Value Or
Are The Fooxes' Everyday Accounts. 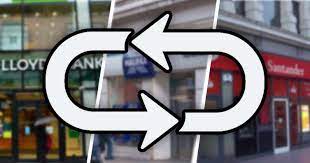 The Couple Wishes To Substitute Them With The Accounts
At The Six Banks, The Government Said.

The couple has been accused of failing to submit reports of foreign bank and financial accounts they held in Israel, New Zealand and South Africa for tax years 2011 through 2015.