The GOP Is Against Expanded IRS Auditing – No Surprise Here

The GOP Is Against Expanded IRS Auditing – No Surprise Here 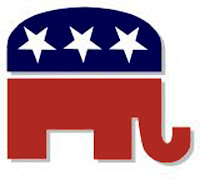 According to Law360, a GOP push to counter President Joe Biden's plans to beef up oversight by the IRS has gained traction on Capitol Hill as House Democrats try to rally support for plans to give the agency more funding and enforcement authority.

Several senior Republicans said the party would try to build on a successful campaign by the GOP and stakeholder groups to push back against Biden's stalled plan to require banks to file tax information returns with customer account data. They predicted a strong effort in both congressional chambers in the coming days to oppose proposals in the House reconciliation bill, H.R. 5376, to upgrade Internal Revenue Service funding and expedite the enforcement of tax penalties.A House floor vote on the measure, known as the Build Back Better Act, is expected to come after the Congressional Budget Office releases an analysis of its impact on the deficit. Some uncommitted centrists have said they plan to examine the pending CBO study and a recent analysis by the congressional Joint Committee on Taxation before deciding whether to seek changes and support the bill.

Proponents Have Said A $1.48 Trillion Package Of Income Tax Hikes In The Reconciliation Bill Would Cover Most Of The $1.75 Trillion Top-Line, Or Gross, Cost Of Funding Biden's
Priorities In The Legislation. 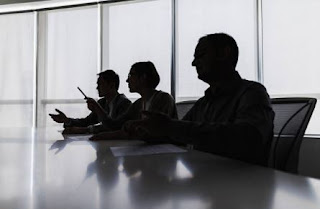 The Administration Has Argued The Rest of The Bill's Cost Would Be Covered Partly By Increased Revenue
From Expanded IRS Tax Enforcement.

It has projected that a $78.9 billion package of IRS funding in the bill would generate at least $400 billion in additional revenue to help finance Biden's priorities. The bill also includes a corporate minimum tax and other levies aimed at wealthy individuals, and it would help to finance green energy incentives and extensions of several temporarily expanded family incentives in the American Rescue Plan Act. But the additional revenue produced by the proposed expansion of IRS enforcement remains in dispute. Earlier this year, a CBO study found the IRS funding upgrade would produce $200 billion in revenue over 10 years, half the administration's current estimate. In a blog post in September, Phillip Swagel, director of the CBO, said the office's projection was based on an IRS estimate that every dollar invested in enforcement would produce a maximum return on investment ranging from $5 to $9.However, a U.S. Department of the Treasury official said the package of IRS funding actually could raise more than $400 billion.As Democrats lay the groundwork for a possible House floor vote, Republicans have questioned the need for more IRS funding and argued the return on investment for the upgrade would be less than expected.Rep. Kevin Brady, R-Texas, ranking member on the Ways and Means Committee, said he planned to focus on the potential for ordinary taxpayers to experience the negative effects of an expansion of IRS enforcement, with or without a new mandate for bank tax information reporting. The House bill provides that none of the IRS funding would be used to raise taxes on those earning less than $400,000, but it sets few other restrictions on the deployment of resources.Rep. Drew Ferguson, R-Ga., the GOP's chief deputy whip and a member of the Ways and Means Committee, said Republicans hoped to work in tandem with centrist Democrats to push back against proposals to expand IRS funding and enforcement authority. He has promoted a plan, H.R. 5586, to bar Treasury from requiring banks to report on cash transfers in and out of customer accounts.Whether that proposal advances or not, Neal said he was confident a major upgrade in IRS funding would make it into a final bicameral deal on the reconciliation bill.