The Republican Scare Tactics Regarding IRS funding Has to STOP!

The Republican Scare Tactics Regarding IRS funding Has to STOP!

According to Procedurally Taxing, one key aspect of the .Inflation Reduction Act is its $80 billion in proposed new Internal Revenue Service funding over a ten-year period. There have been a number of excellent main stream media summaries of the funding, including Laura Saunders’ WSJ article What $80 Billion More for the IRS Means for Your Taxes[$] and Alan Rappeport’s NYT article  Yellen Directs I.R.S. to Embark on $80 Billion Overhaul Plan[$]

While we all try to avoid being partisan on this site, this past weekend Leslie Book, a professor of law at Villanova University (my alma mater) wrote an Op-Ed for NBC Think about the potentially dangerous rhetoric that politicians have been using to describe the funding. In the Op-Ed Leslie Book describes that

Sen. Rick Scott, a Florida Republican, is one of several lawmakers attempting to misinform the public about the Inflation Reduction Act, or IRA, and the much-needed infusion of cash it will provide to the IRS. In a letter sent on Tuesday, he warned constituents not to apply for positions with the IRS, pledging to “defund” the jobs if Republicans gain control of Congress after the midterms.

The senator’s warning to not apply for a public sector job was unusual. But more concerning was how the letter blatantly misstates facts and attempt to scare the public into thinking that the IRS will use the additional funding provided to hire thousands of armed agents and threaten Americans’ life and liberty.

Unfortunately, rather than appealing for a common sense of calm, several of Scott’s peers are actually doubling down. Sen. Ted Cruz, the junior senator from Texas, echoed Scott’s sentiments on Twitter, where he claimed the “Democrats are making the IRS bigger than the Pentagon, the Department of State, the FBI, and the Border Patrol COMBINED! Those IRS agents will come after you, not billionaires and big corporations!”

This Isn’t Just Misinformation, This Is Information That Is Designed To Radicalize And The Consequences, As We’ve Already Seen,
Could Indeed Be Disastrous. 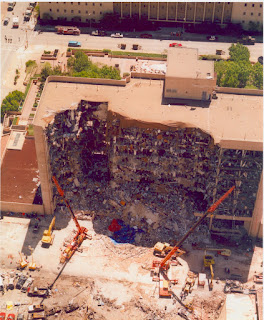 This rhetoric is, quite simply, disconnected from reality.

The IRA that Biden signed into law this past Tuesday provides a stable stream of funds over a 10-year period that will enable the IRS to hire replacement and new employees at an agency that has been struggling to perform basic tasks like processing tax returns and answering phones.

On top of its current considerable challenges, the IRS has an aging work force, with an estimated 52,000 of its current 83,000 employees past or close to retirement age.

Meanwhile, Congress is leaning on the IRS to not only collect revenues but increasingly to deliver benefits like pandemic relief stimulus payments, health care subsidies and refundable credits for things like child care, wage subsidies and electric vehicle purchases.

There are real consequences from these lies. The rhetoric can lead to physical harm for IRS employees. Recall that just over a decade ago, a longtime IRS employee was killed when a disgruntled pilot with an anti-IRS grudge flew a plane into an IRS office. 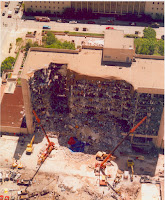 The IRS has long been a target of extremists, and the single largest incident of domestic terror in the U.S. involved an attack on a federal building in Oklahoma, with IRS employees and their children at the building’s day care center among the victims.

It is time for politicians to tamp down the rhetoric and focus on improving the IRS. Can our elected officials wean themselves from the polarizing and dangerous demonizing of the IRS? Let’s hope so, before someone else gets killed.