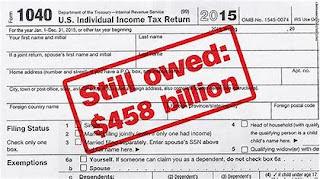 J. Russell George, the Treasury inspector general for tax administration, testified before a Senate Finance Committee panel on May 11, 2021 to address the persisting problem of the tax gap.

The title given to the hearing was "Cl
osing the Tax Gap: Lost Revenue from Non-Compliance and the Role of Offshore Tax Evasion."

At the outset of his testimony, George made clear the issue warrants serious and immediate attention. "Finding effective solutions to address the tax gap and its components would yield substantial additional tax revenue," he said.

The tax gap is defined as the difference between the estimated amount taxpayers owe and the amount they voluntarily and timely pay for a tax year. The gross tax gap, which is the amount that is owed by taxpayers before collections resulting from IRS enforcement actions and other late taxpayer payments are taken into account, is estimated to be $441 billion annually, George noted.

The Amounts Attributable To Nonfiling and Nonpayment of Taxes Are $32 Billion And $39 Billion, Respectively.

However, Russell waved a cautionary flag in his testimony. "The tax gap estimates are generally outdated because they are for tax years of a decade earlier, so their usefulness may be limited," he said. "Recently, the IRS commissioner testified that he believes the annual tax gap is at least $1 trillion," George added.

George offered a series of recommendations which, in his opinion if taken together, would significantly improve tax compliance, including: