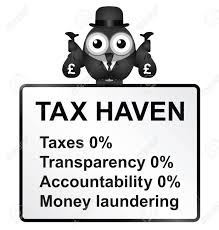 According to Law360, U.S. taxpayers could hold as much as
$2 trillion in assets in low-tax haven jurisdictions, a top research and analytics officer at the Internal Revenue Service said during a Senate hearing. IRS Analytics Officer Barry Johnson told a Senate Committee on May 11, 2021 that "the Tax Gap attributable to International Activities, Specifically Overseas Accounts, could be quite large."

He testified that the agency has yet to develop reliable statistics on foreign offshore evasion, but that information collected through the Foreign Account Tax Compliance Act for the 2017 tax year shows that U.S. taxpayers hold $3.7 trillion abroad. More than half of that, or $2 trillion, is held in "what the OECD considers to be tax haven countries," he said.

IRS Commissioner Chuck Rettig recently testified that the annual tax gap, or the difference between the taxes owed and what is collected, could exceed $1 trillion. Republican lawmakers are challenging Rettig on that number, pointing to the agency's official estimate of $441 billion.

President Joe Biden is pushing to boost the IRS enforcement budget, contending that it will yield a collection of new revenue that will help pay for his $2 trillion infrastructure plan.

Johnson said that while the official IRS figure on the tax gap hasn't changed, he believes Rettig's estimate is a reasonable update, given factors such as the rise of the gig economy and the use of microcaptive insurance for evasion.

He Cited A 2018 TIGTA Report That Found The Agency Wasn't Adequately Enforcing FATCA Rules, Despite Spending More Than $380 Million To Carry Out The Law.

"The IRS can more effectively reduce the tax gap by developing compliance strategies for the changing domestic and global economies, and using its resources and information reporting more effectively," he said.

Do You Have Undeclared Income
from a Tax Haven?