The 87-year-old retired automobile dealer - who founded the Pflueger dealerships – had been charged with filing false tax returns after the U.S. Justice Department said he hid nearly $15 million in a Swiss bank account without paying taxes on the $27.5 million sale of the Hacienda Corporate Plaza in California. The government also initially charged Pflueger with the failure to file a Report of Foreign Bank and Financial Accounts (FBAR), but dropped that charge before trial.
Pflueger’s accountant, Dennis Duban, who has already pled guilty to a related tax fraud charge and to conspiracy of aiding in the filing of a false tax return, testified Pflueger sent his money overseas to protect his assets after he was sued over the breach of his Ka Loko Dam in 2006. The breach killed 7 people and an unborn child. According to the government, Duban and Pflueger engineered the Hacienda sale to effect offshore tax evasionby transferring the proceeds from the sale to a Swiss bank account in order to prevent the proceeds from being used to pay civil claims arrising from the  2006 accident. However, Pflueger's criminal tax attorneys were successful in arguing that Pflueger was not responsible for his IRS tax problems, and that Duban was the sole mastermind of the tax fraud
Pflueger was initially indicted on tax fraud and conspiracy charges related to two separate incidents, the first of which involved a situation where Pflueger's company allegedly improperly paid for personal expenses of Pflueger's family, and the second of which involved alleged underreporting of gain from Pflueger's sale of one of his properties, known as Hacienda.
Judge Kobayashi of the District Court for the District of Hawaii held that the government failed to prove beyond a reasonable doubt that Pflueger had conspired to obstruct the IRS.
Kobayashi also agreed with Pflueger's arguments that he lacked the requisite intent for a conspiracy conviction (as well as a lack of financial wherewithal and knowledge), finding that "Pflueger relied in good faith on his company's accounting staff, and especially on Duban" in all matters related to his company's books. Kobayashi also acquitted Pflueger of the charges of filing false returns for 2004 and 2007, finding again that Pflueger lacked willfulness, and had relied in good faith on others that had committed tax fraud.
Pflueger’s extensive defense team, made up of former law enforcement including a former IRS acting chief and the state tax director, claimed Pflueger’s signature was forged on key documents, that he was unaware of the tax fraud; and that his California accountant, Dennis Duban, took more than $2 million from him.
Pflueger’s defense attorney would not say whether Pflueger will seek to have his legal fees paid by the federal government, which could exceed $20,000 a day for the 9-day trial.
The IRS and U.S. Attorney spent three years on Pflueger’s criminal case and have a room full of thousands of documents at the federal building that were used as evidence against him.
Do You Have Tax Problems? 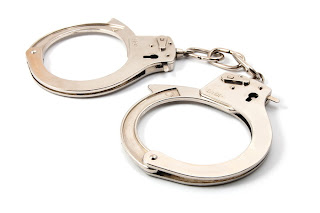