According to Law360, President Donald Trump and his accounting firm must comply with a subpoena from the Manhattan district attorney and hand over tax returns, the Second Circuit ruled on November 4, 2019, in a decision that will likely be appealed to the U.S. Supreme Court.

The Second Circuit disagreed with U.S. District Judge Victor Marrero of the Southern District of New York that the federal court should abstain from the case under the U.S. Supreme Court's 1971 case Younger v. Harris, which bars federal courts from interfering in matters a state court can handle.

The Second Circuit said that even though the Younger case does not apply, presidential immunity from the state criminal process does not extend to investigations such as grand jury subpoenas at issue in the case.

Manhattan District Attorney Cy Vance is seeking Trump's personal tax returns and other records from Mazars USA LLP as part of an investigation into hush-money payments to two women alleged to have had affairs with Trump, Stephanie Clifford, also known as Stormy Daniels, and Karen McDougal, and how those payments were recorded in the Trump organization's records, the district attorney's office has said. The case is Trump v. Vance Jr., case number 19-3204, in the U.S. Court of Appeals for the Second.

Being Audited by the IRS? 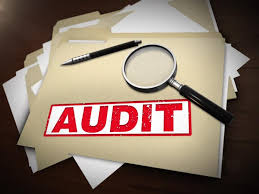