March 7, 2018 we posted 1st Taxpayer Victory in a "Willful" FBAR Penalty Case! where we discussed that on September 20, 2017, the Eastern District of Pennsylvania issued an important taxpayer friendly opinion regarding the "willfulness" standard in FBAR penalty matters and In Bedrosian v. United States, Case No. 2:15-cv-05853-MMB (E.D. Pa., Sept. 20, 2017), the court held that the government had not met its burden in proving that Bedrosian had willfully violated FBAR reporting requirements.

We also discussed that this opinion could have a major effect on future IRS decisions in the offshore compliance arena and may cause some taxpayers, to seek a more aggressive approach in addressing prior non-compliance. Then on On May 1, 2018 we posted  1st Taxpayer Victory in a "Willful" FBAR Penalty Case Appealed!

Now the Court of Appeals for the Third Circuit in Bedrosian, 122 AFTR2d 2018-7052 (CA-3, 2018), ruled on
Arthur Bedrosian was a U.S. citizen who, in the early 1970s, opened a savings account with a bank in Switzerland. In 2005, the Swiss bank approached Bedrosian with a loan proposal that he accepted, under which it would lend him 750,000 Swiss Francs and convert his savings account into an investment account. That transaction resulted in a second account being created for Bedrosian, although he claimed that he always considered them one account. 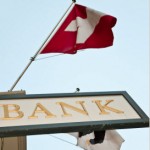 Based on this advice, as well as his fear that he would be penalized for his years of noncompliance, Bedrosian did not report either Swiss account on his tax returns until 2007, when the accountant died and he hired a new accountant.

Bedrosian filed a federal income tax return for 2007 that reflected, for the first time, that he had assets in a foreign financial account in Switzerland. He also filed a FBAR for the first time in 2007. However, he only reported one of his Swiss accounts (which had assets totaling approximately $240,000) and did not report the other account (which had assets totaling approximately $2.3 million).

Bedrosian did not report any of the income that he earned on either Swiss account on his 2007 return. In late 2008, Bedrosian sought advice from his attorney. On advice of counsel, Bedrosian engaged an accounting firm to go back and amend his returns from 2004 to the present. He paid taxes on the gains from his Swiss accounts.

Bedrosian paid the IRS $9,757.89 (i.e., 1% of the penalty assessed) and then filed a complaint in the district court seeking to recover that amount as an unlawful exaction. The IRS counterclaimed for full payment of the penalty, as well as accrued interest on the penalty, a late payment penalty, and other statutory additions to the penalty.
The Third Circuit said that allowing a taxpayer to seek recovery of a FBAR penalty under the Little Tucker Act permits that person to seek a ruling on the penalty in district court without first paying the entire penalty, which violates a first principle of tax litigation in district court, pay first and litigate later. The court said, "We are inclined to believe the initial claim of Bedrosian was within the scope of 28 U.S.C. section 1346(a)(1)28 U.S.C. section 1346(a)(1) and thus did not supply the district court with jurisdiction at all because he did not pay the full penalty before filing suit, as would be required to establish jurisdiction under subsection (a)(1)."
The Third Circuit then ruled on an issue that it believed was one of first impression, the standard of review of a district court's willfulness determination under the FBAR statute. The court said that, in the context of other civil penalties, it had held that a district court's willfulness determination is primarily a factual determination that is reviewed for clear error; similarly, it had held that the Tax Court's determination of willfulness in tax matters is reviewed for clear error.
The Court Concluded That It Should Follow Suit And Hold That A District Court's Determination In A Bench Trial As To Willfulness Under The FBAR Statute Is Reviewed
For Clear Error.
﻿

The Third Circuit then agreed with the district court's definition of what constituted willfulness in the FBAR context, but remanded the case because it was not convinced that the district court used the correct legal standard in its determination that there was no willfulness.
The court also said that the ultimate determination of non-willfulness by the district court was based on findings related to Bedrosian's subjective motivations and the overall lack of egregiousness of his conduct. The court here said that those criteria are not required to establish willfulness in this context.
"The [District] Court Thus Leaves The Impression It Did Not Consider Whether Bedrosian's Conduct Satisfies The Objective Recklessness Standard Articulated In Similar Contexts."
Noting that it could not "defer to a determination we are not sure the district court made based on our view of the correct legal standard," the Third Circuit thus remanded the case to the district court to render a new judgment on the issue of willfulness.
Have Undeclared Income from an Offshore Bank Account?