A Pennsylvania anesthesiologist pleaded guilty today to filing a false income tax return, announced Principal Deputy Assistant Attorney General Richard E. Zuckerman of the Justice Department’s Tax Division.
James G. Allen Jr., 53, admitted as part of his guilty plea that he filed false tax returns for himself and his wife for the years 2010 through 2017 with the Internal Revenue Service (IRS).
He Failed To Report More Than $3 Million
That The Pair Earned
As Anesthesiologists On Their Tax Returns.

According to the plea agreement, the false tax returns that Allen filed caused a loss to the government of more than $900,000.

Allen admitted that the false tax returns were based on a tax fraud scheme promoted by Peter Hendrickson in his book, Cracking the Code.

Hendrickson Was Convicted of Filing False Tax Returns
in 2009 and Sentenced to Prison.

And yet this Tax Fraud Book is Still Listed
for Sale on Amazon?

Amazon describes Cracking the Code by Peter Eric Hendrickson as:

"For the 64 years of its existence, the U. S. Internal Revenue Code has been ridiculed, feared and despised by virtually everyone. And why not? As presented by the Internal Revenue Service, the code appears illogical, inconsistent and incomprehensible. As presented, the code defies practically the entire Bill of Rights: requiring citizens to testify against themselves, allowing searches and seizures without warrants, levying fines and penalties without trials and imposing a tax on the basic right to earn a living.

As presented, the IRC would appear to turn everything we all thought we had learned in grade school English and Civics on its head. Is it possible that we all just misunderstood those simple lessons?
Maybe.

But researcher, analyst and scholar Peter E. Hendrickson believes that after Cracking the Code, you'll agree that what has been misunderstood is the 3,413,780 word monstrosity itself--and how, and to whom, it applies. Hendrickson delves deep into the history, statutes and case law behind the Code to reveal its startling and liberating secrets; and unless you live in a cave, you need to know what he has uncovered. Once you've finished Cracking the Code, the tax laws will never mean the same thing to you, or your bank account, again!"

According to Forbes, Hendrickson places a lot of weight on Brushaber v. Union Pacific Railroad Company, a 1916 Supreme Court decision. Anybody who is convinced by this, should read the decision in its entirety, rather than the bits and pieces that the author excerpts for you.

No Matter How Many Words They Use,
Tax Protest Arguments Don't Work! 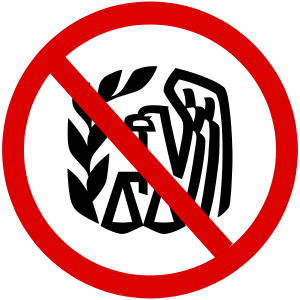 Also It's Unwise to Take Tax Advice from Advisors
Who Can Not Keep Themselves Out of Prison! 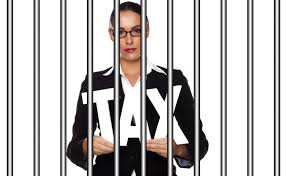 U.S District Judge Arthur J. Schwab, may disagree with "Cracking the Code" and has set sentencing for James G. Allen Jr., for Nov. 12, 2019.

Not to mention that this tax conviction may cause him to lose his medical license! 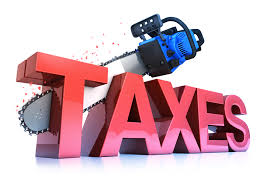