Another Offshore Law Firm Gets Hacked!

Another Offshore Law Firm Gets Hacked! 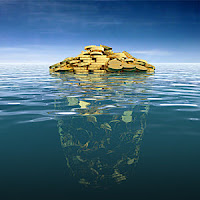 On September 5, 2017 posted How Will the IRS Know About My Foreign Account? where we discussed that Taxpayers who have financial assets outside the United States often ask the question "How will they (IRS) know about my Foreign Account?;" when they are considering how (or whether) to come clean and inform the IRS about their previously undisclosed foreign financial accounts.
Since 2008,  a string of scandals involving foreign banks and investigations by the U.S. government into various non-U.S. financial institutions has garnered international media attention and changed the way governments around the world deal with offshore financial accounts.
And Now Appleby's Recent Data Breach is yet Another Example of How the IRS Can Discover your
Unreported Foreign Account!
The Super-rich clients of offshore law firm Appleby are bracing themselves for the exposure of their financial secrets, after the firm admitted data had been stolen in a cyber attack last year.

The Bermuda-based law firm admitted it was "not infallible" and said some client data had been stolen in the hack, but denied any wrongdoing.

The International Consortium of Investigative Journalists (ICIJ) has since approached the firm with allegations of wrongdoing, after it was handed data obtained in the hack, which Appleby strongly refutes.

Appleby said in a statement it did not tolerate "illegal behaviour," and said the ICIJ's allegations were "unfounded and based on a lack of understanding of the legitimate and lawful structures used in the offshore sector."

Marini & Associates, PA has assisted several hundred clients with coming into U.S. tax compliance and avoiding the draconian penalties that the IRS may impose on U.S. persons with undisclosed foreign accounts.
Do You Have Undeclared Foreign Income?