Apple, Inc. said it would make a one-time tax payment of $38 billion to repatriate overseas cash holdings and also ramp up its spending in the U.S., as it seeks to emphasize its contributions to the U.S. economy after years of taking criticism for outsourcing manufacturing to China.
As of last September, Apple had $252 Billion
in Cash or Cash Equivalents Abroad
However, in a report from mid-December, the Institute on Taxation and Economic Policy said Apple would be the biggest beneficiary of the repatriation proposal, calling it “the company now most notorious for its international tax avoidance.”

The institute estimated Apple should have paid under last year’s tax laws $78.6 billion in taxes on its $252.3 billion in earnings being held offshore, based on an estimated 3.9 percent tax rate it paid to other governments on its offshore earnings.

Richard Phillips, a senior policy analyst with the institute, said Apple’s announcement showed that much of what it is paying taxes on is cash. Phillips said the taxes are based on money the company has held overseas but has not paid American taxes on. He pointed to the difference between the $78.6 billion figure and the $38 billion Apple said it would pay.

“$40 Billion is a Lot of Money,” Phillips said.
The iPhone maker, whose products are mostly made in Asian factories, said it plans a wave of investing and hiring in the United States and will create 20,000 jobs through hiring at its existing campus and the new one. It will announce the location later this year.
About a third of the new spending will be on data centers to house its iCloud, App Store and Apple Music services, a sign of the rising importance of subscription services to a company known for its computers and gadgets. The company has data centers in seven states and also on Wednesday broke ground on an expansion of its operations in Reno, Nevada, where local officials granted it tax breaks on a downtown warehouse.

The U.S spending would be a significant part of Apple’s overall capital expenditures. Globally, the company spent $14.9 billion in 2017 and expects to spend $16 billion in 2018, figures that include both U.S.-based investments in data centers and other projects and Asian investments in tooling for its contract manufacturers.

It didn’t specify how much of that spending was already planned. Apple also is expanding from $1 billion to $5 billion a fund it established last year for investing in advanced manufacturing in the U.S. 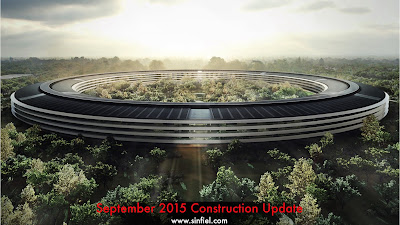 Chief Executive Tim Cook touted the plans as building on Apple’s support for the U.S. economy. “We have a deep sense of responsibility to give back to our country and the people who help make our success possible,” he said in a statement.
Apple said its one-time tax payment was the result of recent changes to U.S. tax law, under which companies can pay a one-time tax of 15.5% on overseas cash holdings repatriated to the U.S. The company said in November that it had earmarked $36 billion to cover deferred taxes on its $252.3 billion in overseas cash holdings, assuming that it would eventually pay some tax for bringing that home.
Apple has faced criticism over the past decade for the overseas manufacturing of its iPhone, of which it has sold more than 1 billion units, rather than manufacturing devices domestically. President Donald Trump during the presidential campaign blasted the company for outsourcing. He later called on Apple to build a factory in the U.S. and last year said Mr. Cook promised to build three manufacturing plants in the U.S.
Apple’s announcement left many details of its plans unclear, and a spokesman declined to elaborate. The company didn’t say how much it planned to return of its $252.3 billion in cash and marketable securities held overseas. It also didn’t specify whether it plans to increase dividends or share repurchases, which is something its top executives had said would be a priority following the change in U.S. tax law.
Need International Tax Help?