Bowling Alley Heirs Get Balled Over and Owe $1.3M In Taxes.

Bowling Alley Heirs Get Balled Over and Owe $1.3M In Taxes.

According to Law360, a deceased Tennessee man’s estate was liable for $1.3 million in taxes owed by his defunct bowling company since asset transfers to another company were fraudulent, the Sixth Circuit said in a Wednesday affirmation of a U.S. Tax Court decision.

Congress Had Enacted Section 6901(A) To Prevent Delinquent Taxpayers From Avoiding Taxes Through The Transfer Of Assets To Other Entities, Judge Sutton Said. 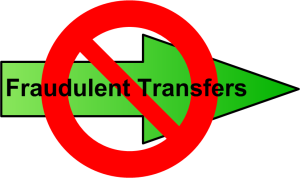 Under the statute, the government has the authority to pursue the liabilities, relying on state law to determine whether the transferee must pay the taxpayer’s debts, he said.
“The problem by the way is not that the Hawks were trying to lower their taxes,” Judge Sutton said. “The problem is that the transaction lacked economic substance; it was nothing but misleading labels and distracting forms, trompe l’oeil from start to finish.”

MidCoast, Sequoia Capital LLC, which had originally given money to MidCoast to fund the purported purchase — and a law firm were investigated, Judge Sutton said. As a result, the government launched a civil collection against the Hawks, according to the opinion.

The Tax Court was correct to conclude that Sequoia’s loan to MidCoast was a fake transaction and that Holiday Bowl had merely distributed cash to the Hawks, who were liable for taxes as fraudulent transferees of Holiday Bowl, Judge Sutton said.

MidCoast had received loans from Sequoia, but those loans were issued and repaid on the same day as the MidCoast transaction, according to a November 2017 Tax Court opinion. The stock redemption and the MidCoast transaction failed to hold up under Tennessee’s adoption of the Tennessee Uniform Fraudulent Transfer Act, or TUFTA. Rather, they were part of the same event: a distribution of assets in complete liquidation, according to the order.

The dispute focused on certain transactions made in 2003 related to Holiday Bowl after Hawk died, when the estate sold its shares in the company, which was characterized as a stock sale, to MidCoast Investment Inc. for about $3.4 million, which immediately resold the stock to another third party. However, Holiday Bowl had no operating assets or employees, just cash and tax liabilities, according to court documents.

Nancy Hawk, widow of Billy F. Hawk and co-executor of the estate along with Regions Bank, had argued in August that TUFTA was incorrectly applied in the Tax Court decision. The court was wrong to deem that a loan used to purchase the Holiday Bowl shares was a sham, it incorrectly found that the company was insolvent, and there was no evidence that tax advisers who evaluated the transactions should have suspected tax avoidance, they said.

The U.S. urged the appeals court in November to affirm the Tax Court's decision finding the estate liable for the $1.3 million, saying that under both Section 6901(a) and TUFTA, the estate was transferees. Tennessee law allowed the government to reject Holiday Bowl's original description of a stock sale with MidCoast International Inc., and the Internal Revenue Service could recharacterize the stock sale under the substance-over-form doctrine, according to the U.S.