On June24, 2016, UK citizens have voted to exit the EU (Brexit) and its single market. There can be no doubt that the result of the so-called Brexit referendum will leave a permanent mark on UK and on EU itself. The first short-term negative effects have already presented themselves with the pound dropping to historically low levels and the PM David Cameron announcing his resignation in upcoming months.

As an International Tax Attorney I wonder about the implications of the UK leaving EU will be on the international tax field generally and more specifically how UK taxpayers will have to revise their worldwide international tax plans, as a result of not being able to utilize many of the EU's directives on lack of taxability for funds transferred between countries (dividends, interest, royalties, etc.) and how non-UK taxpayers who have established trust and other structures in the UK, will have to restructure their holdings as a result of this UK exodus from the EU? 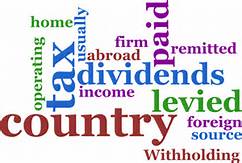 EU member states decided to exempt one another’s companies from the withholding regimes under the so-called “parent-subsidiary directive,” which is designed to prevent double taxation by different countries on the same earnings. Dividend payments are a way for large companies with operations in multiple countries to transfer profits from subsidiaries back to the parent. Withholding taxes on such payments are as much as 25% in Germany, 30 % in France and 15% in the Netherlands.

While the U.K. has separate tax treaties with some countries that could serve the same purpose as the exemption, it doesn’t have treaties with all EU member states. Furthermore, there are numerous countries where the treaty rate is 5% or higher for withholding taxes, as compared to the existing zero withholding tax rate as a member of the EU. 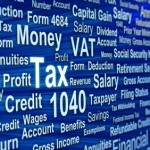 Also this Brexit will result in UK taxpayers not being able to benefit from the significant harmonization of many legal fields in the EU and it may cause the EU to reconfigure its VAT system to accommodate the newly introduced customs duties and tariffs that would now exist on all goods being imported or exported to other parts of Eurozone. When you consider that Britain’s VAT tax currently accounts for a sizable 22% of the country’s tax base, getting those calculations and negotiations with other countries tax treaties addressed just right would be critical for the government to remain solvent.

This Brexit will also affect current projects for tackling the tax avoidance schemes of the OECD, like the BEPS project, which will continue to progress as before, with the distinction that the UK will not be bound to implement the goals of the forthcoming EU directive addressing tax avoidance practices commonly used by large companies. (UK - The next Tax Haven?). This will affect the level of the coordination of the European countries in tackling the global tax avoidance schemes.

However, it remains to be seen how the UK decides to implement the BEPS recommendations and if the implementation will follow the direction that the rest of Europe will take. Divergences in the approaches to tackle tax avoidance schemes will provide new opportunities for aggressive tax planning, which could have implications on the success of the whole of BEPS project.

This Brexit may prompt U.K. leaders to accelerate the nation’s trend toward cutting tax rates, now at 20% for corporations and set to decrease to 17% by 2020. In Ireland, an EU member, the corporate rate is 12.5 percent.

Additional rate cuts in Britain could stir other EU nations to retaliate, stirring competition to set the lowest rates as a means of attracting investment or other nations might impose higher tax rates on British companies doing business in the EU.