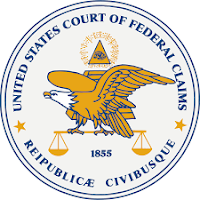 According to Law360, the U.S. Court of Federal Claims has upheld the full amount of civil penalties tied to a woman’s undisclosed offshore account, rejecting the reasoning in two recent cases where the judges found that a decades-old penalty cap was still intact.

U.S. Claims Court Judge Susan G. Braden ruled against Alice Kimble in her refund suit seeking the nearly $700,000 in civil penalties she paid after the

Internal Revenue Service concluded she willfully failed to disclose a Swiss account on a 2007 foreign bank and financial accounts form, or FBAR.

The amount was calculated under

31 U.S.C. Section 5321 , which Congress had amended in 2004 to say that willful violations of FBAR requirements can lead to a penalty that is either $100,000 or 50 percent of the balance in the foreign account, whichever is more. In weighing Kimble’s penalty assessment, Judge Braden acknowledged two recent federal court cases where the judges ruled that the statute change in 2004 didn’t cancel out a 1987 regulation that caps penalties at $100,000.

But in her late December opinion, Judge Braden found that the reasoning in those decisions, issued in Texas in May and Colorado in July, conflicts with a decision issued by the Federal Circuit in 1997.

In that case, Barseback Kraft AB v. United States, nuclear energy companies argued that because the

U.S. Department of Energy had authority to price uranium when the parties entered into contracts, the DOE’s pricing system was still intact even though Congress later moved that authority to another agency. However, the Federal Circuit had disagreed, ruling the fact that the DOE’s pricing regulations hadn’t been formally withdrawn “did not save them from invalidity.”

Judge Braden cited the Barseback Kraft AB case in her Dec. 27 opinion, where she granted the U.S. government’s motion for summary judgment. In doing so, she found that the IRS didn’t abuse its discretion in assessing a civil penalty against Kimble that amounted to 50 percent of her

UBS account.
“Like the legislation that stripped DOE of authority over uranium pricing, the Jobs Creation Act replaced the prior penalty for willful violations of federal tax law in [31 U.S.C. Section 5321], thereby nullifying any inconsistent regulations governing the pre-2004 statute,” Judge Braden wrote.
Kimble’s case is not the first dispute where a claims court judge has rejected the reasoning in the Colorado and Texas cases. In late July, U.S. Claims Court Judge Edward J. Damich sided with the government in a separate penalty refund suit that cited the Texas ruling. His decision is now on appeal before the Federal Circuit.

In addition to the penalty assessment, the question of whether Kimble had willfully skirted her FBAR reporting requirements was also at issue before the Claims Court.

The government in June had contended that Kimble had “recklessly disregarded” her requirement to file a 2007 FBAR for her UBS account, which had been opened by her parents prior to 1980. As the government saw it, Kimble’s “undisputed actions demonstrate her clear intent to conceal the account from U.S. authorities,” including referring to the account by a number instead of her name and failing to tell her accountant about it.

Kimble hit back the following month, contending that the government’s interpretation of 31 U.S.C. Section 5321 would render the term “willful” meaningless, because under that reading, every person who fails to file a FBAR does so willfully.

She also claimed she wasn’t aware she had a legal duty to report her foreign bank accounts to the IRS until 2008 and therefore didn’t make a conscious choice not to comply.

But Judge Braden was not swayed, pointing to the case’s stipulated facts, including that Kimble didn’t review her individual income tax returns for accuracy between 2003 and 2008. In addition, Judge Braden noted that Kimble falsely represented on her 2007 income tax return that she had no foreign bank accounts.
According to the opinion, these two stipulations “together evidence conduct by plaintiff, as a co-owner of the UBS account that exhibited a ‘reckless disregard’ of the legal duty under federal tax law to report foreign bank accounts to the IRS by filing a FBAR.”
According to the opinion, Kimble in 2009 was accepted into the IRS’ Offshore Voluntary Disclosure Program but withdrew in 2013, testifying that she decided to “take her chances” with the agency.
James O. Druker of Kase & Druker, who is representing Kimble, said in an email to Law360 on Wednesday that “it is unfathomable to me and many of my colleagues that a school teacher who voluntarily reported her previous failure to report the offshore account that was inherited from her parents and which she never touched, could receive the same 50 percent penalty that is imposed on criminals who are convicted of egregious tax fraud.”
The case is Kimble v. USA, case number 1:17-cv-00421, in the U.S. Court of Federal Claims.
Have Undeclared Income from an Offshore Bank Account?