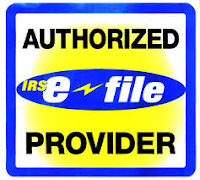 On May 16, 2019 we posted E Filing Errors as Reasonable Cause? Not For Now!  where we discussed a recent US Court of Appeals for the Fifth Circuit decision, Haynes v. United States, No. 17-50816 (5th Cir. Jan. 29, 2019), indicates that many of those taxpayers will face uncertainty if their returns are late due to preparer errors or technological issues when electronically filed (e-filed).

The court in Haynes declined to rule on whether the Supreme Court decision in United States v. Boyle, 469 US 241 (1985), applied to e-filing a tax return. The court instead remanded the case to resolve factual issues.

To exacerbate this uncertainty or solidify the IRS' continue position that United States v. Boyle, 469 US 241 (1985), should be applied to not allow reasonable cause for taxpayers who rely on their accountant to e-file their return, unless they request proof of e-filing; the government notified the court that the IRS had refunded the late-filing penalty at issue, effectively mooting the case and leaving this issue unresolved.

"It Appears That At Least until E-Filing Is Universally Mandatory, or Paper Filing Becomes Sufficiently Unwieldy, Boyle Continues to Apply."
This is just another example of how bad facts make bad law. In this case the taxpayer's tax preparer and bookkeeper was negligent when they failed to transmit the taxpayer's Form 4868. As discussed in Haynes, Boyle was cited for the proposition that an agent's act are imputed to its principal.
Since the tax preparer and bookkeeper in Interess was negligent, this negligent sould be imputed to the taxpayer preventing them from having reasonable cause to waive this late filing penalty.
It's my belief that that this decision is cumbersome at best and makes unnecessary conclusions regarding and/or ignoring technological changes between when Boyle was decided and its application to electronic filing now.
I believe the taxpayer incorrectly plead this case as Boyle not applying, rather than the tax preparer and bookkeeper was not negligent, since the tax preparer and bookkeeper was negligent and this negligence would be imputed to the taxpayer resulting in their non-qualification for Reasonable Cause abatement.
For example, the court states that "Although the facts of Boyle in the instant case differ greatly, they share one fundamental similarity that is fatal to the plaintiff's position: taxpayers are not obligated to use tax preparation services." The court goes on the state that a taxpayer can hire a pay professional, not have the Paid Professional electronically file the return, but instead get a paper copy indicating that the return was Self Prepared.
Really?
The court then goes on to disallow the taxpayer a First Time Penalty Abatement, by artificially adding a reasonable cause requirement ,which is not in the manual.
To qualify for the FTA waiver, a taxpayer must meet the following criteria:
I believe that a reasonable cause argument can still be made by differentiating Interess  from a taxpayer's case where the CPA/accountant was not negligent, i.e. transmitted the tax filing on time and did not receive notice of rejection, with the CPA/accountant's nonnegligent being attributed to the taxpayer principal and therefore allowing the taxpayer to sustain a reasonable cause argument.
The Current State Of The Law Has Not Kept Pace With Our Digital Economy. 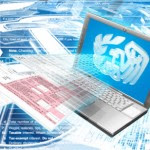 At the center of this quandary is whether a taxpayer can have reasonable cause where he relies upon a third party to perform a ministerial act, like e-filing an original tax return. The answer we now know is NO.
This negative response may thwart the efficiencies gained by technology.
Been Assessed a Late Filing Penalty For
An E-Filed Return? 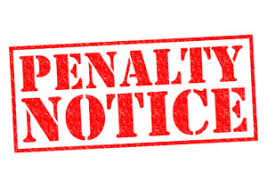