The US Department of Justice (DoJ) has announced a significant change in its criminal sentencing policy regarding offshore tax violations. The DoJ had previously Warn Potential Tax Cheats: Tax Crimes Result In Criminal Prosecution, Lengthy Prison Sentences, And Fines on April 6, 2017.

Instead of turning to the standard Part 2T of the United States Sentencing Guidelines (Offenses Involving Taxation), the DOJ will now assert that Part 2S1.3 (Money Laundering and Monetary Transaction Reporting) is the correct guideline for offshore tax cases. 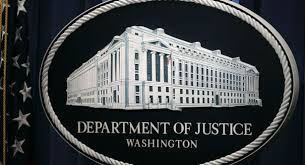 Why does this matter? Two reasons:

First, Part 2T uses the amount of TAX LOSS as the primary determinant of the offense level. Part 2S1.3 instead uses the ENTIRE VALUE of the Offshore Bank Accounts.

The second problem is that Part 2S1.3 allows for a 2-level enhancement where a defendant has also been convicted of an offense under subchapter II of chapter 53 of title 31, which includes filing a false or misleading FBAR.

The first case in which this new principle has been applied is United States v Kim. In United States v Kim, the Part 2T tax loss was only around USD150,000, but the Part 2S1.3 value, based on the value of Kim's bank accounts at Credit Suisse, UBS, Bank Leu, Clariden Leu, and Bank Hofmann, was USD 28 million.

At this point you have to consider that this may be the DoJ's position, but you should also be prepared to argue that this is vastly different and inconsistent with  the pattern of sentencing in the past and contend that the sentence for your Client/Defendant be consistent with what has historically been done in prior cases.