The former head business officer and CEO of offshore Loyal Bank Ltd. admitted to setting up multiple opaque bank accounts for a purported stock fraudster in order to evade detection by U.S. authorities in violation of the Foreign Account Tax Compliance Act, the first conviction of its kind.

Adrian Baron 63, who was extradited from Hungary to face charges in New York, pled to one count of conspiring to defraud the U.S. Dressed in jail fatigues, Baron admitted to directing others at Loyal Bank to set up bank accounts for an individual identified in court papers as an undercover law enforcement agent, who posed as a U.S. fraudster involved in multiple stock manipulation schemes on the hunt for corporate bank accounts he could control but that couldn’t be traced back to him.

According to the DoJ, a grand jury in Brooklyn has returned a five-count superseding indictment charging

with conspiracies to defraud the United States by obstructing the functions of the Internal Revenue Service in its administration of the Foreign Account Tax Compliance Act (“FATCA”).

FATCA is a federal law that requires foreign financial institutions to identify their U.S. customers and report information (“FATCA Information”) about financial accounts held by U.S. taxpayers either directly or through a foreign entity.  FATCA’s primary aim is to prevent U.S. taxpayers from using foreign accounts to facilitate the commission of federal tax offenses.

Last month, a grand jury in Brooklyn charged Kyriacou, Canaye, Baron, Bullock, and others with conspiracy to commit securities fraud and money laundering conspiracy.
"As Alleged in the Superseding Indictment, Kyriacou, Canaye, Baron, and Bullock Agreed to Defraud the United States by Opening Foreign Bank and Brokerage Accounts without Collecting FATCA Information to Report to the IRS,"
Stated United States Atty. Donoghue.
"The Charges Announced Today Reflect the Commitment of This Office and Our Law Enforcement Partners to Combat Tax Evasion by Identifying Fraudulent Offshore Safe Havens That Facilitate Hiding Financial Assets from the IRS and to Prosecute Those Individuals Who Violate US Tax Laws." 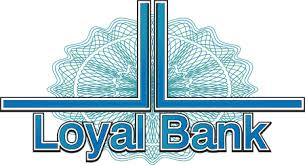 The Beaufort Scheme
As alleged in the superseding indictment, between August 2016 and February 2018, Kyriacou, an investment manager at Beaufort Securities, and Canaye, a general manager at Beaufort Management, together with others, conspired to defraud the United States by failing to comply with FATCA.

The charges in the superseding indictment are merely allegations, and the defendants are presumed innocent unless and until proven guilty. However for  Adrian Baron who Pled Guilty, he is due to be sentenced on December 10, 2018.

Do You Have a Criminal Tax Problem?