Drs. David Leon Fredrick and Patricia Lynn Hough, of Englewood, Fla., were indicted by a federal
grand jury in Fort Myers, Fla., for conspiring to defraud the Internal Revenue Service (IRS) by concealing millions of dollars in assets and income in offshore bank accounts at UBS and other foreign banks, the Department of Justice and IRS announced today. 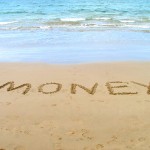 The indictment alleges that Fredrick and Hough conspired with each other and with Beda Singenberger, a citizen and resident of Switzerland who is under indictment in the Southern District of New York, and a UBS banker to defraud the IRS. They carried out the conspiracy by creating and using nominee entities and undeclared bank accounts in their names and the names of the nominee entities at UBS and other foreign banks to conceal assets and income from the IRS, including the sale of real estate associated with the medical school on Saba and shares they owned in the medical school on Nevis. The real estate was sold for more than $33 million, all of which was deposited into one of their undeclared accounts in the name of a nominee entity.

Fredrick and Hough were also charged with four counts of filing false tax returns for 2005, 2006, 2007 and 2008. The indictment alleges that Fredrick and Hough filed false tax returns which substantially understated their total income and failed, on Schedule B, Parts I and III, to report that they had an interest in or signature or other authority over bank, securities or other financial accounts located in foreign countries. U. S. citizens, resident aliens and legal permanent residents of the United States have an obligation to report to the IRS on the Schedule B of a U.S. Individual Income Tax Return, Form 1040, whether they had a financial interest in, or signature authority over, a financial account in a foreign country in a particular year by checking "Yes" or "No" in the appropriate box and identifying the country where the account was maintained. U. S. citizens and residents also have an obligation to report all income earned from foreign bank accounts on their tax returns.
A trial date has not been scheduled. An indictment is merely an accusation, and every defendant is presumed innocent unless and until proven guilty.